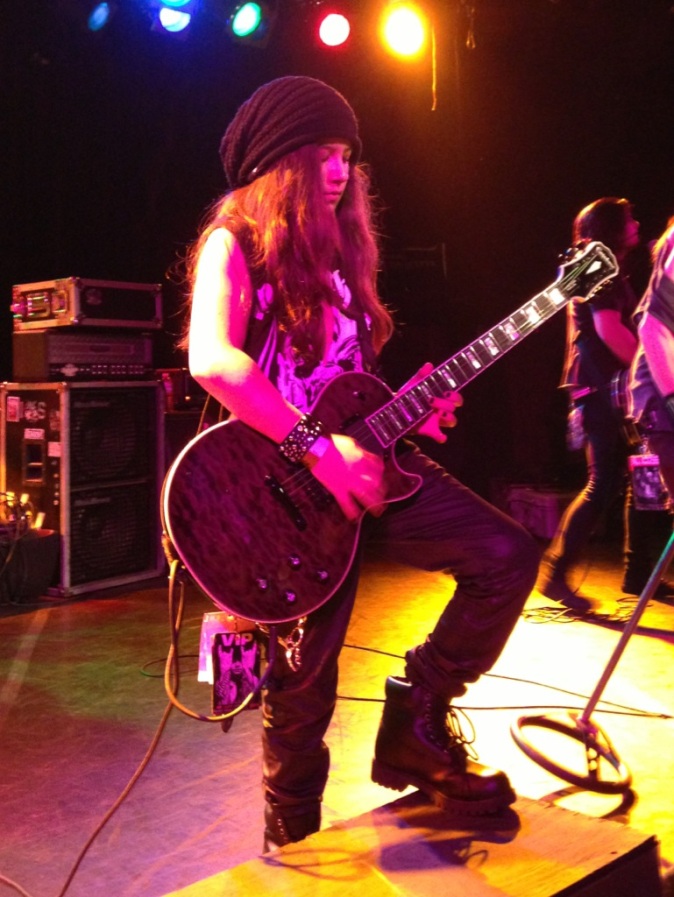 In my youth, my mother made me take violin and piano lessons.  She always emphasized the maxim “practice makes perfect”, but even after over a decade of piano lessons, I don’t think I ever got close to any kind of perfection. Sure, I practiced … but I think I may been lacking the gene that made me want to get better.

I’ve always been amazed with kids who seem to be driven to push themselves (without being forced to do it) to get better. Whether its in sports, music, etc., some kids find their passion early in life and they seem to have the kind of innate drive and talent to get better.

About a year ago, a buddy of mine, Steve Miller told me about an 11 year old guitarist named Nik Kai he was helping out.  Recently, he told me that Nik was playing with a new band that had been assembled called Kemikal Kill after meeting at the recentNAMM Show, and suggested that I swing by the The Roxy on 3/25/13 to have a listen.  I’ve always supported Steve’s projects, so I did the 40 minute trek to the heart of Sunset to check it out.

The band was young and capable, but the whole time I was there I was in awe of Nik. This 12 year old has some serious chops.  After the set, I was introduced to his mother, and I asked her about how Nik got so good on the axe.  She said that he wakes up everyday at 4am (on his own) to practice, and that he’s always interested in new types of music. She even mentioned that he was starting violin lessons.

I don’t know.  I’m sure all the practicing has played a part in Nik being so good at such a young age, and I love my mom and all, but I’m more inclined to say that this kid just has the music in him, and not everybody has that. 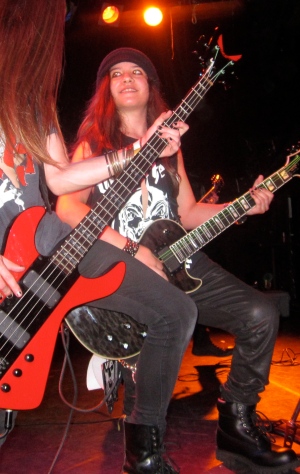