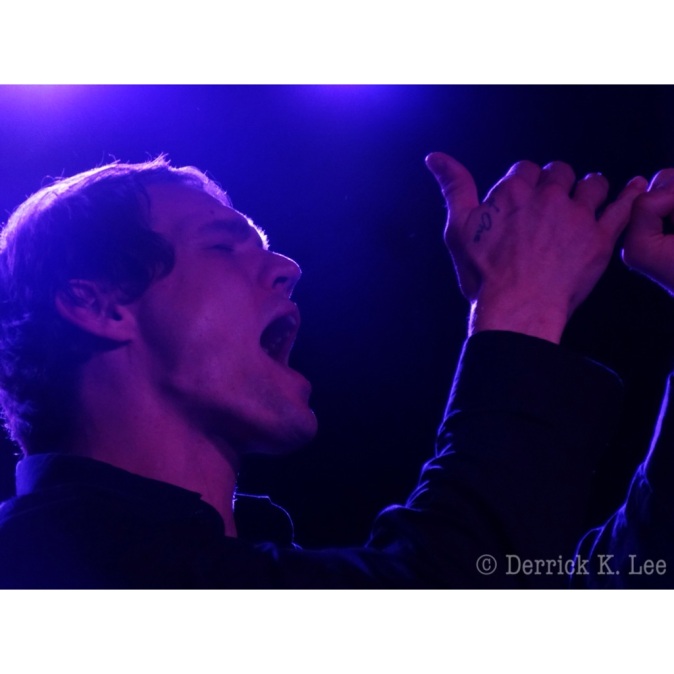 A band is, literally, a living breathing entity. Nowadays, rare is a band that sticks with each other for the long haul. Guns N Roses, Oasis, The Police, Smashing Pumpkins, the list goes on. A band keep on performing with eh same the name, but when the faces change, it often times makes it difficult to maintain the same level affection that curried the initial musical infatuation.

Earlier this year, a friend of mine, and a talented musician, Steve Miller a/k/a “Steville” was asked  to play with the band The Secret State. The band seems to have a loyal following (over 400K likes on Facebook), but has in the past year (based on my understanding) undergone a pretty significant personnel overhaul. The band was back in Los Angeles after touring a bit domestically, and set up a semi-acoustic gig at Loaded Hollywood. Knowing how kick-ass my friend, and his music, is, I knew that it was going to be good show.

The Secret State, normally a 6 person, electric band, was paired down to 4 (two acoustic guitars, vocalist and DJ). Their set was short, but impressive. Their original songs were catchy and the arrangements of the two covers they performed (Linkin Park’s “What I’ve Done” and Seal’s “Crazy”) were solid. It was an acoustic performance, so it wasn’t as “hard” as they normally are, but it gave me a chance to hear the fine guitar work of my buddy and Joshua Jones.

I liked what I heard.  For some reason when I was watching them perform live, I thought to myself that maybe they were a mix of Incubus and Tool with a splash of Filter. Again, it was an acoustic gig, so I may be way off. Check out the video below to make your own comparison. The dude singing lead for the gig, Michael, a recent addition, was a solid vocalist, but from what I’ve heard through the grapevine, it sounds as if the band decided to go in a different direction. C’est la vie d’une bande.