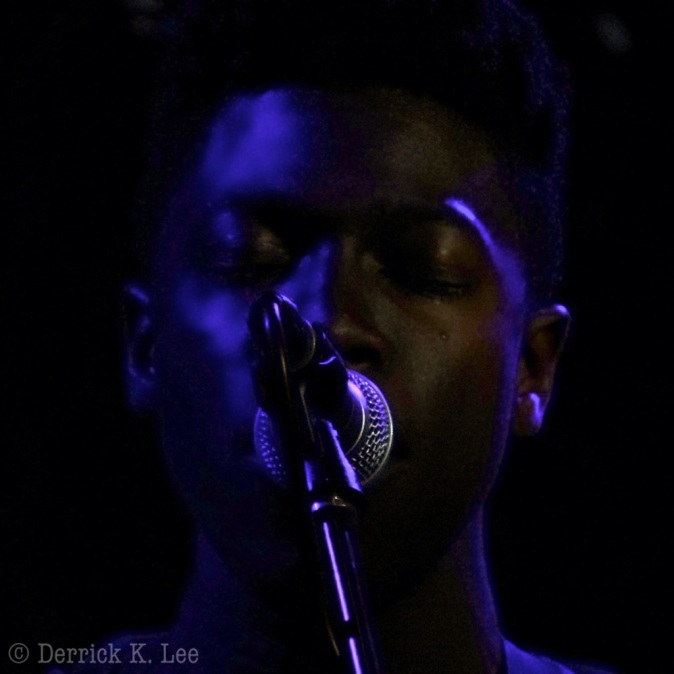 On July 31, 2013, I went to go see Hiatus Kaiyote at the Bootleg Theater. Following the gig, and due to a year long set of fate-induced circumstances, I was lucky enough to hang out with the band for a bit before they had to run to the airport for travel. The lead singer, Nai Palm, was hanging outside with KCRW DJ, Jeremy Sole, and another singer, doing some freestyle, vocal jamming.  Afterwards, Nai introduced me to the gentleman with, “This Moses. He’s amazing. You NEED to check his stuff out.”

I did, and I was immediately hooked. It was a distinctive vocal style which blends equal parts jazz and soul. The recordings makes adept use of loopers, creating a sound that led me to tell him, when I saw him afterwards at Laura Mvula’s show at the El Rey Theatre on 9/17/13 that he sounded like a modern day Bobby McFerrin. I don’t dole out high praise like that often, but I thought it was deserved. How pleased was I when I heard that he would be one of the opening act for Hiatus Kaiyote’s gig at the Skirball?

Armed with just a couple microphones, a looper and a guitar, he performed a remarkable set. His vocal arrangements were simple but lush. His melodies were smooth but firm. What I enjoyed most about his live performance was watching him use his looper to create the music right before us. Having sung in vocal groups in high school and college, I’ll have to admit … I was totally geeking out.

I follow his fan page on Facebook to keep track of when his next performances are (and you should too to find links of some high quality videos and recordings of his current work)  as his live act is definitely something that I would pay to see again. In fact, as fate would have it, I’ve recently learned that he will opening for one of  my last concerts of the year: Thundercat at the Echo on December 5th, 2013.  I suppose, it was just meant to be.