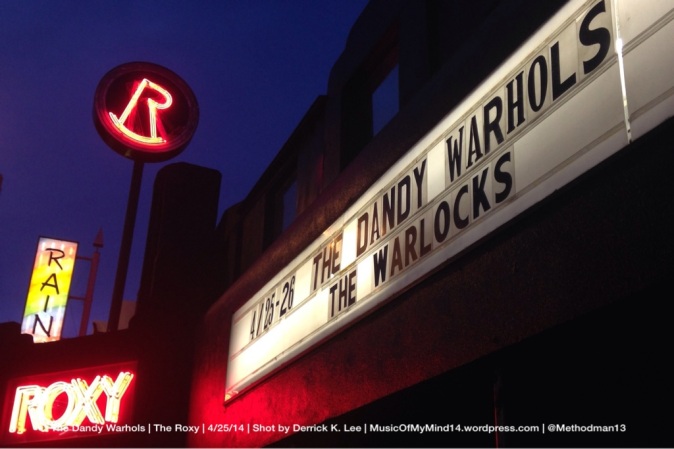 When The Dandy Warhols played the Wiltern Theater last year (June 13, 2013), I kicked myself in the bum. Not only were they a band that I had wanted to see perform live since high school, but they were, at the time, also celebrating the 13th Anniversary of their seminal album “Thirteen Tales of Urban Bohemia”, which they played in its entirety. SMH. I’m still regretting it.

When I heard that they were playing two gigs at The Roxy, I immediately jumped on purchasing a ticket. Even though I knew that they probably weren’t going to play many of the songs from “Thirteen Tales”, I had to see them perform in such an intimate venue.

Courtney Taylor-Taylor, Peter Holmström, Zia McCabe and Brent DeBoer took the Roxy stage and unleashed their brand of psychedelic, alternative rock to an appreciative crowd. Though they didn’t perform many songs from “Thirteen Tales” (in fact, I think they only played “Get Off” if memory serves me well), they did perform many of their singles.

The setlist I found below doesn’t seem to list all of the songs that they performed that night. If you Dandy Warhols fans know if there should be additions, let me know and I’ll edit it.

The lighting at the Roxy was tricky for me, and I feel like a camera with better aperture could have suited me better, but I thought that I got a few keepers … especially of Zia. Still a babe. 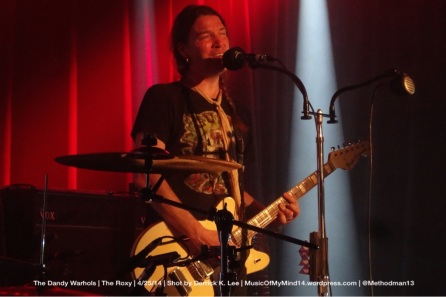 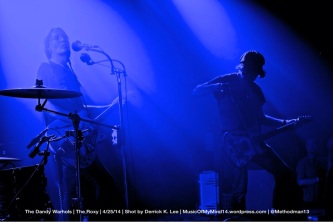 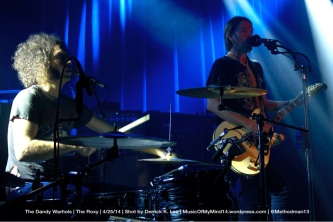 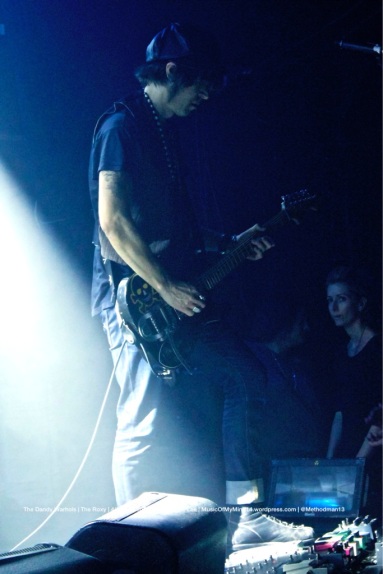 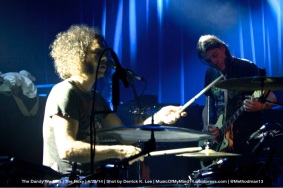