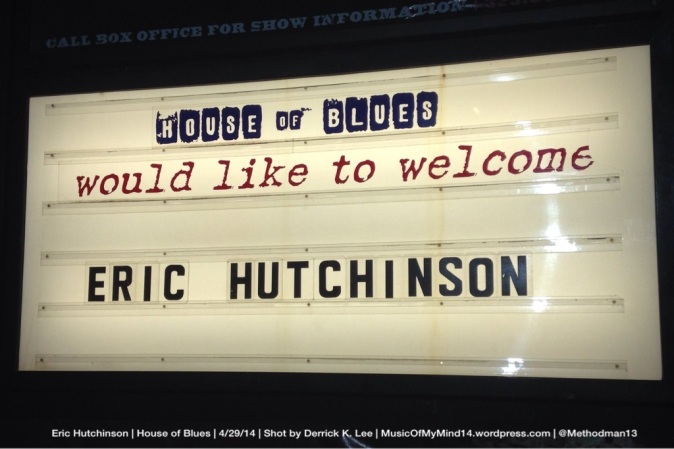 Eric Hutchinson is an American, singer-songwriter whose folksy, tenor voice; witty, lyrical writing; and humorous onstage banter always entertains me. I may be a bit biased though (full disclosure) as one of the first albums I really took the legal, paperwork reigns on was his breakthrough independent album “Sounds Like This” … that, and I consistently beat his fantasy basketball teams back when we all had time for that (sorry, Eric… had to throw that in there lol).

He is touring in support of his recently released album, “Pure Fiction”, but his set was mix of songs from his entire catalog. Though it’s been a few years since I’ve seen him perform live, his sound and performance style will still as energetic and soulful as ever.

He performed some of my favorites (not that anyone cares, but “Oh!” is still my favorite song), and cleverly integrated covers of popular songs (though it’s not identified in the photograph of the set list below, I was especially impressed with his inclusion of The Pharcyde’s “Ya Ma Ma” in “You Don’t Have To Believe Me”). Perhaps the most impressive thing to me was how some of his older “classics” have evolved since they were first written. I mean, I still have old demos he recorded from even before he was signed to Maverick Records, and they’ve all evolved into dynamic versions of the original.

Eric bantered to the audience between songs and, to the delight of the audience, even ventured among them to sing a song. It was great seeing Eric perform live again. If you haven’t already checked out his latest release, or even his older albums, I recommend that you do. His music may put smile on your face like it does mine.

I was not issued a photo pass for this concert, and all the photos below  were taken on Sony Cyber-shot. 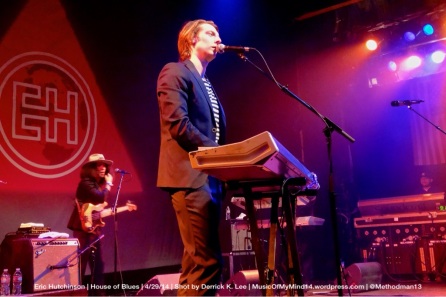 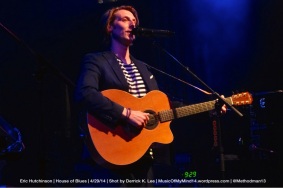 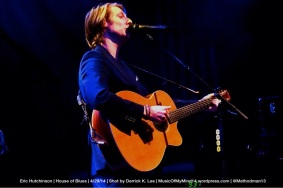 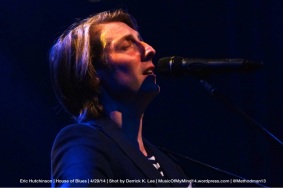 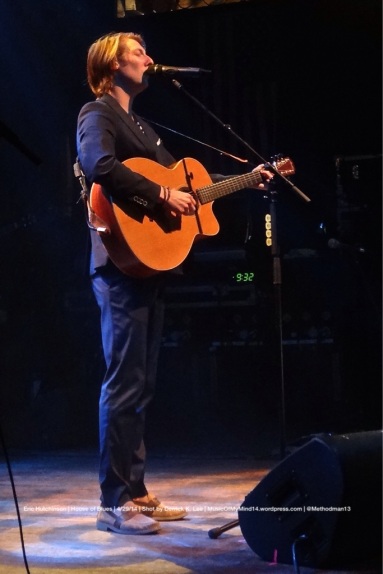 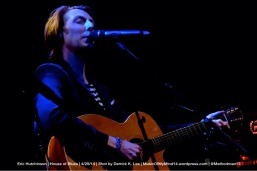 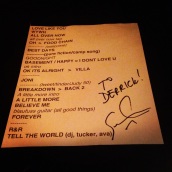