If you are into reggae, there are two acts you need to know: Bob Marley and Black Uhuru.

Black Uhuru is a Jamaican reggae group that was founded back in 1972. Though the lineup has changed over the years, there is still one original member still playing with the band: Derrick “Duckie” Simpson. Though perhaps not as beloved as Bob Marley, music lovers need to know that Black Uhuru won the first Grammy Award for Best Reggae Album in 1985 and really raised the profile of reggae music to new levels back in the 1980s.

When I heard that they were playing at the UCLA Jazz Reggae Festival, I knew that I had to seem them while “Duckie” was still fronting the band (To note, Derrick changed his name to Derrick “Gong” Simpson”). To be honest, it’s one of those opportunities that I, as a music lover, needed to take advantage of. Not to be morbid or anything, but if I’m going to see a band that’s had such an impact on music, generally, I at least want to see them perform with at least on of the original member on vocals.

I can only imagine what it would have been like to see the line-up of Derrick, Michael Rose, Sandra “Puma” Jones, Sly Dunbar and Robbie Shakespeare performing their hits back in the mid-80s, but at this point, in 2014, I’ll take what I can get. To be up close to the stage to see one of the reggae’s major influences performing was something that I’ll remember for the rest of my life.

I couldn’t find a setlist for Black Uhuru’s performance at this event online, so if anybody happens to know what it was, please post it in the comments so that I can add it into this post. Thanks! 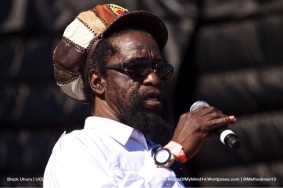 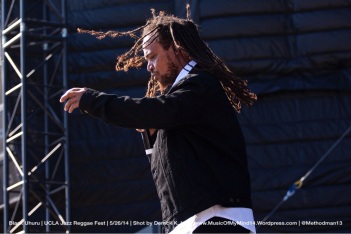 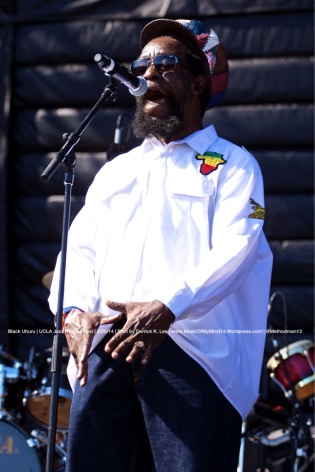 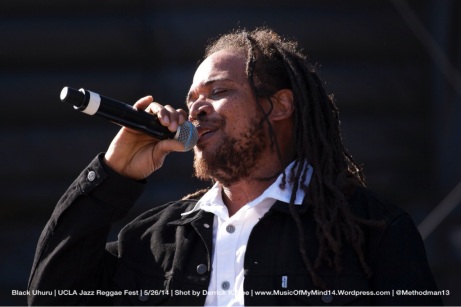