When retro-soul is done right, I love it. Last year, I was unable to catch Nick Waterhouse’s concert on the Santa Monica Pier. When I heard that he was scheduled to perform at Ink-N-Iron, I was thrilled. Some may argue that a “kid” in his mid-twenties, couldn’t possibly know about retro-soul. I’d have to disagree with them.

Dressed in a dapper suit, and his trademark Buddy Holly glasses, Nick Waterhouse and his full band took to the stage and the anxious crowd roared. They had waited eagerly to hear some music that harkened back vintage 50 and 60s soul, and they got it

Accompanied by backing vocalists, horns, drum, keys and bass, Nick managed and conducted his band through a set of music that really breathed a new kind of funk into the retro-soul genre. The only thing “modern” about the set were the iPads that the horns used for their setlist and (I’m assuming) score.

The band was terrific. Obviously a tightly knit group of players, each instrumentalist played off each other with the kind of synchronicity you would expect from a seasoned Motown band. Hidden in the not so apparent details, Nick Waterhouse’s musicality was on full display. His orchestration, and his musical arrangements, was proof positive to me that his retro-soul sound is no fluke. He may be young, but he’s got it, and he’s got it in spades.

I loved the set. I was grooving in my spot the entire time, and looking around to see how others were reacting, everyone… and I mean everyone … was doing the same. Towards the end of the set, uninvited concert goers even snuck their way onstage to dance and groove to the music. I seriously look forward to hearing- and seeing- more music from him.

I couldn’t find a setlist of his set online, so if you attended the event and know what his setlist was, please post it in the comments, and I’ll add it to the post.

I’m particularly proud of some of the photos I took during Nick’s set. I hope you enjoy them too. 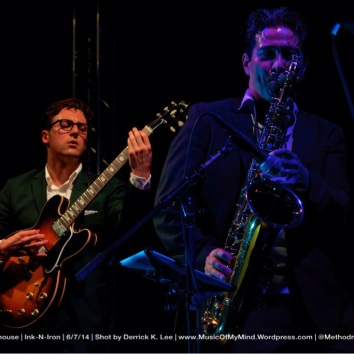 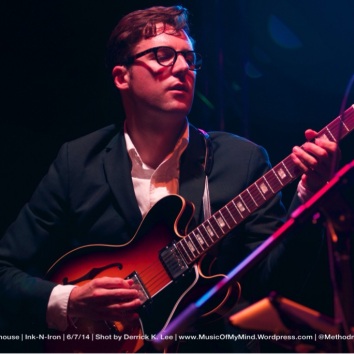 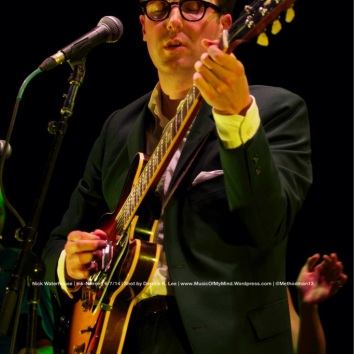 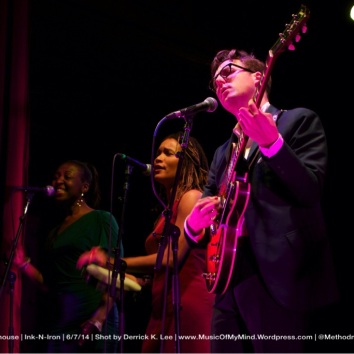