James Supercave is a five piece alternative rock band based out of Los Angeles. I made an effort to beat L.A. traffic to make it up to the pier in time to catch their set. After all, if KCRW’s Jason Bentley listed this band as on of the top “5 LA Musicians to watch in 2014”, I wanted to see/hear what the rave was all about.

Insofar as they’ve only release one EP, their setlist wasn’t too long, but each of their tunes provided an impressive punch.  Their sound is hard to describe. Maybe a more pop inclined Modest Mouse that utilized more electronic elements? Maybe a sprinkle of The Flaming Lips?

Maybe its a disservice to try to compare them to another musical act. After all, they are a new band and still have room to develop and expand upon their sound. All I know is that I really enjoyed what I heard. The music was breezy and eclectic. A very appropriate sound to open a summer of music on the Santa Monica Pier.

CLICK HERE to check out a collection of Instagram videos of most, if not all, of the songs James Supercave performed at this concert.

I found two videos on Youtube from their performance that you can watch below: 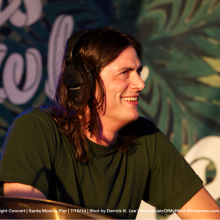 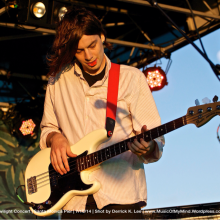 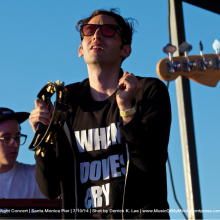 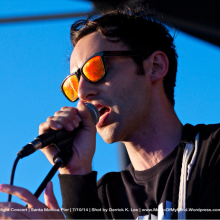 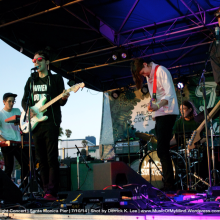