I missed Omar Souleyman when he played at FYF Fest in 2013.  When a close friend of mine told me the next day that Omar’s set was incredible … <slaps had to the forehead>

When I heard he was playing the pier, I knew it was a show I couldn’t miss.

I’ve always been fascinated with foreign music. I barely speak French. I hardly understand Korean. I obviously know nothing about the Arabic language. But good music is good music. Omar Souleyman’s traditional, electronic, Syrian folk-pop music is a groove inducing, infectious rhythm than really doesn’t need to be translated.

Wearing large sunglasses, a thick mustache and traditional Syrian garb, it was just him and his DJ sending sonic waves out onto the pier and into the beach. Looking over the crowd, all I could see were hands in the air, and bodies gyrating to the beat.

Though the traditional meanings of his music may have been lost on the crowd, it really didn’t matter. The crowd was lost in the foreign sounds of one of Syria’s most prolific recording artists. 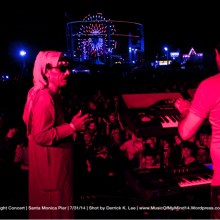 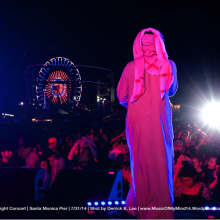 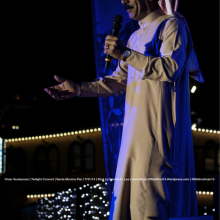 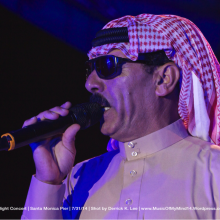 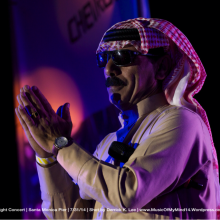 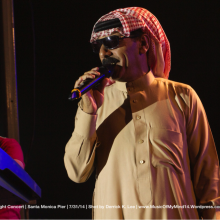