Opening for Wynonna Judd at the third, and final, concert of the County In The City concert series, inspired by The Annenberg Space for Photography’s newest exhibit,“Country: Portraits of an American Sound,” was Nikki Lane.

Originally from Greenville, South Carolina, Nikki spent part of life in Los Angeles working in the fashion industry before heading out to New York City. In the city that never sleeps, she went through heartbreak that inspired her to write some music about her emotional roller coaster. Thank god for break-ups, otherwise Nikki would never have been on the stage performing in front of an enthusiastic Los Angeles crowd.

Accompanied to the stage with her band and her mother, Nikki started into her set with a series of songs about her failed marriage. You could tell that the music was her therapy. She gave brief explanations, and regrets, about the first several songs.

“I should have followed the lyrics to the song. Sorry, mom,” she said with a smirk as she look stage left to acknowledge her mother.

Her music was country music for the modern audience. Since relocating to Nashville, her latest album, “All or Nothin'” was produced by The Black Key’s Dan Auerbach, and you can tell that Dan’s musical influence had rubbed off on her. The tunes were as country as county comes, but also had a little something extra from other genres to make a finicky music lover’s ears perk up with interest.

Before parting the stage, she thanked the audience and KCRW for inviting her to perform, acknowledging that this was the largest audience she’s ever played for. She definitely picked up a few fans from her performance, myself included.

I had the good fortune of meeting Nikki as she was selling her goods at the merchandise table. I purchased a couple of her LPs at the concert, and had her sign my copies. If she keeps on making good music, I’m willing to bet that won’t be selling her own merchandise for long. 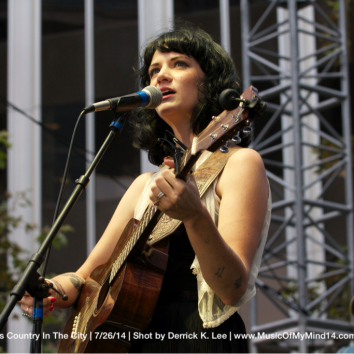 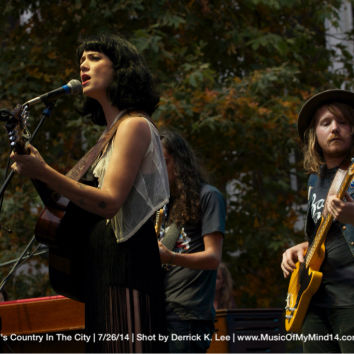 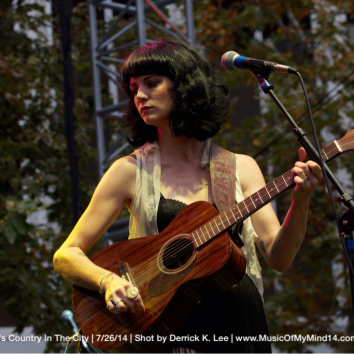 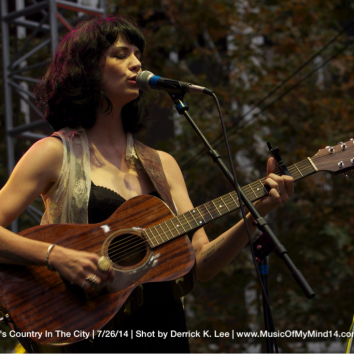 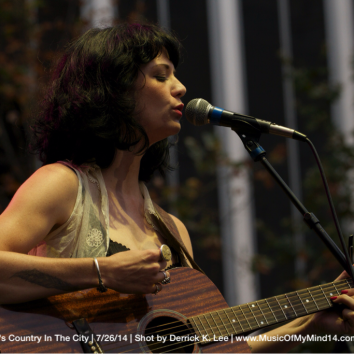