THOUGHTS: [Excerpted from M. Sloves full-day review that you can read HERE.]

“[…] This time there were a couple girls on stage, which was pretty rad. I’m always stoked to see some gender plurality in a band.  A short-haired pixie on the bass and a tall lanky drink of water on rhythm guitar and keyboards. Really good energy. A fast driving beat anchored a quasi-grunge surf garage sound. The guy on lead guitar in his prison blues and beanie shared vocals with the girl on bass but her voice was a little mousy and was largely lost behind all the instruments. The guy sounded good (he might have been mic’d better) and was hitting some impressive falsetto notes […] I can’t deny that their set was a little sloppy but you found yourself rooting for them because even if you weren’t feeling it, you could tell that THEY were feeling it. They were obviously stoked to be on stage – any stage – and that’s how a band should bring it. Reckless abandon, no matter where they are. They even smiled a few times.

The set was dominated by an upbeat spacy twang that reflects the sort of trans-Atlantic surf guitar riffs that I’ve heard creep back into a lot of stuff I’m listening to. And I dig it […] Some of it was what the band self-glossed as “funky”. Not sure what their definition of funk is. I definitely was not feeling a lot of James Brown or Bootsy Collins in what were fairly aimless walls of noise and distortion […] Potential trumps refinement.” 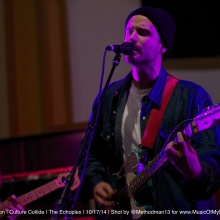 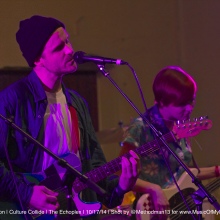 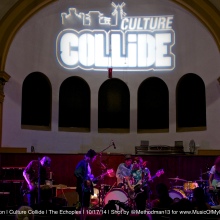 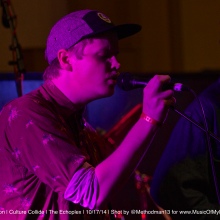 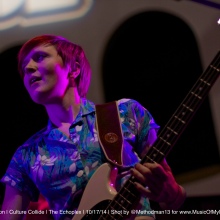 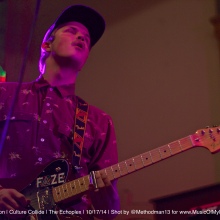 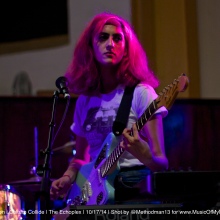 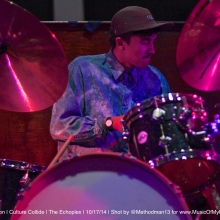 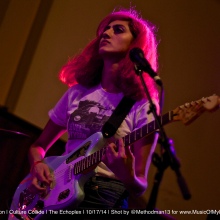 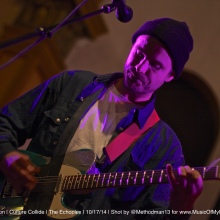 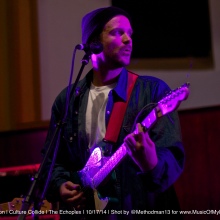 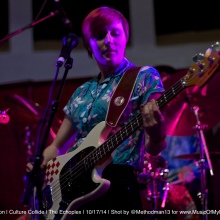