To check out pictures of other bands I was able to catch at the festival, CLICK HERE.

Shlohmo amidst the mist.

Intrigued by the sound and the fact that he was apparently working with Tom Krell, I decided to buy his latest LP “Bad Vibes” and after a couple spins on my record player, I decided that I’d put him on the list of acts I wanted to check out at the Festival.  I’m not a big fan of DJ sets- I’m more of a live band kinda guy- but having enjoyed Flying Lotus in the past year at the Hollywood Bowl, I decided to swing by the tent where he was performing to check out a bit of his set.

As the “house lights” dimmed, and the smoke machines started pumping out a thick mist over the stage, Shlohmo came up to his DJ console and started his set.  His live set was a little different than I had expected. “Don’t Say No” and “Bad Vibes” are very moody records, extremely ambient in there overall approach . The live set still carried the eerie mysticism of the music that I had purchased and watched before the festival, but during the fifteen minutes that I watched, it didn’t feel as lo-fi as maybe I had wanted. Missing was the interstitial feedback and ambient hisses that gave “Bad Vibes” its unique sound. The live show was almost too “clean.”

Don’t get me wrong.  The music was good … the filled tent of bobbing heads was proof of that, and I  love “Bad Vibes” (which sounds amazing on vinyl)  …. but like I said, I’m more of a live band kind of guy. 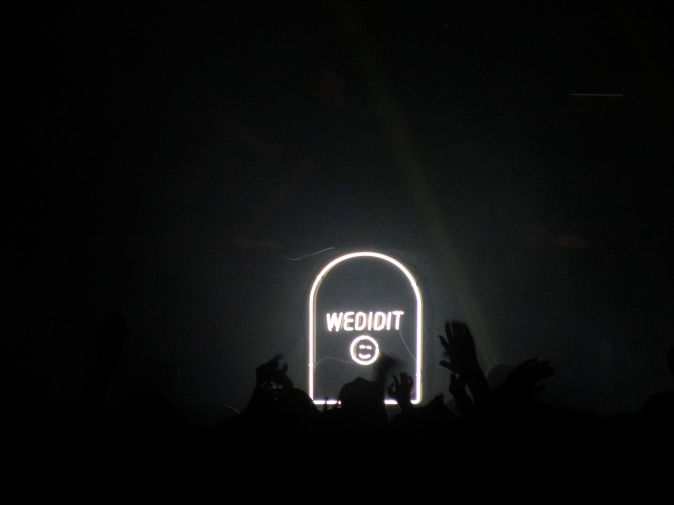 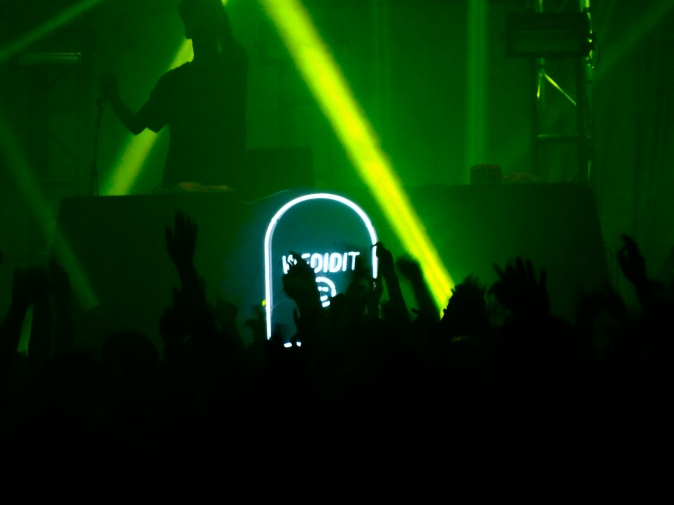