Click here to check out the other blog entries I wrote up for the bands (The Section Quartet, Deap Vally and Dead Sara) I was able to catch at the 2013 Port Of Los Angeles Lobster Festival.

Brothers Sam and Django Stewart are legacy in the music industry.  After all, their father is Dave Stewart.  You know … Half of that really popular band known as the Eurythmics? Yeah. I’d put some money on it that they have music in their blood.

It was the first time I had heard of the band, so I had no expectations or preconceived notions about their music. When doing some research on the band, I read reviews that stated that “’the Cold War Kids with the ambition and control of Arcade Fire’ Nightmare & The Cat is all we love about indie rock: Rough and ready drive with a blues edge.” Hmm…. The band was greeted  warmly to the stage, with their female member receiving a few cat-calls from the more inebriated members of the audience.

Musically speaking, the band’s sound was quite polished. Each of the songs were very well written, complex even. I could see the Cold War Kids comparison, but I felt that Nightmare’s sound was a bit more polished.  I would have said that they were more Muse than Cold War Kids.

They are currently signed to Capitol Records and have released an EP titled “Simple”. Currently on tour with Bastille, throughout September, you can catch them play at one of these venues. 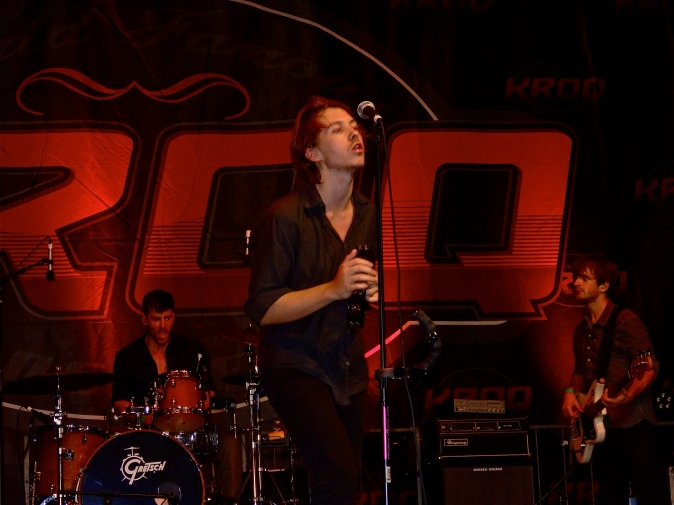 Nightmare & The Cat. I’m assuming this is the cat.

Nightmare & The Cat. The Stewart brothers.