Click here to check out the other blog entries I wrote up for the bands (The Section Quartet, Nightmare & The Cat and Dead Sara) I was able to catch at the 2013 Port Of Los Angeles Lobster Festival.

Deap Vally is a Los Angeles based rock band consisting of Lindsey Troy (guitar and vocals) and Julie Edwards (drums and vocals). From what has been written about them, the two met at a crochet class. Their music, however, is anything but pedestrian. Following the path that the The White Stripes and The Black Keys blazed, Deap Vally’s sound is a mix of hard rock and blues … only they do it a little sexier.

Dressed in halter tops and short jean shorts, they took the stage to even more drunken cat calls than the female in the prior act was subject to. The two girls, visually speaking, at least from my vantage point, couldn’t have been more different. Lindsey was petit and blond. Julie was tall and redheaded. They both looked rock and roll, and they proved it. The cat calls stopped as soon as they started playing. 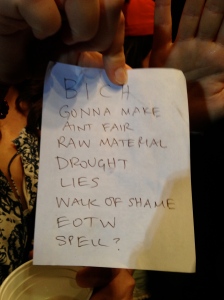 Raw and gritty, loud and grimy, and filled with attitude, while watching the rocking duo perform, it was hard for me to not oogle. I was particularly fixated on the drummer.  With her curly red hair thrashing around her set, and her long leg stomping the high hat, I’ll have to say that a dirty thought may have crossed my mind here and there.

Some may say that Deap Vally’s style of music may have already been done, but that didn’t seem to bother their fans, who made sure that they told all “newbies” before the set that the band was really good.

I liked their set and wouldn’t mind catching them play a smaller, more intimate gig in Los Angeles. 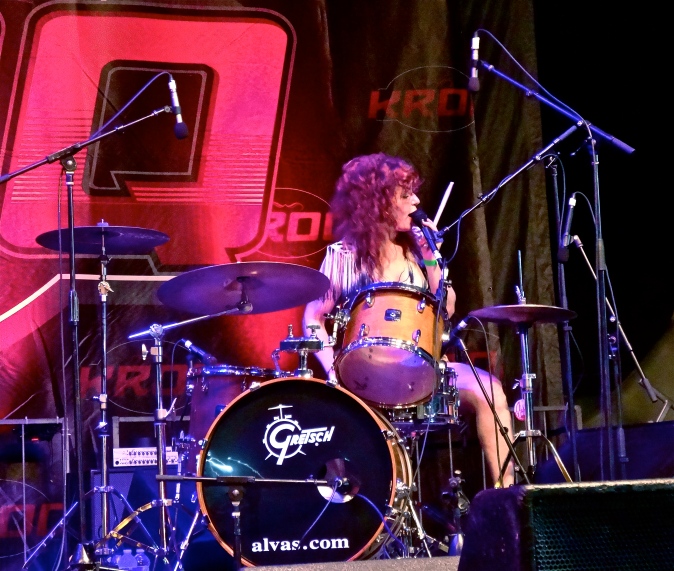