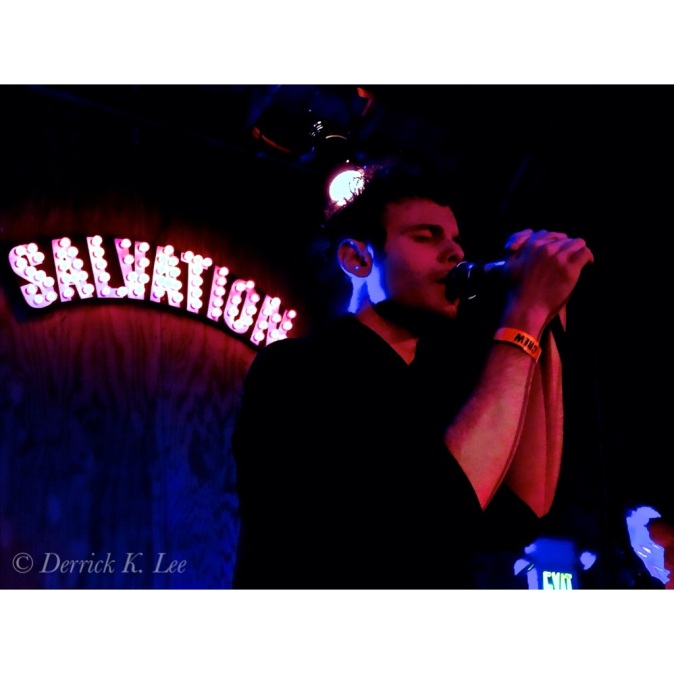 I was driving around town while listening to KCRW when the silky vocals and opening keyboard chord progression of a smooth jam gently flowed through my car’s speaker circuits. A rhythm guitar stealthily crept in, sweeping into a late 80’s, early 90’s, drum program with a subtle flourish line added to the chords that caught my attention. I know it’s dangerous to fiddle with your phone while driving, but I had to open up Shazam to find out who the artist was. It was Shy Girls and the track was “Voyeurs Gaze”. A throwback to the smooth R&B I grew up with.

When I got home, I immediately got online to listen to more tracks by Shy Girls. After listening to tracks from their latest EP “Timeshare”, I pulled out my credit card and purchased the LP. I’m selective about the vinyl that I buy, only purchasing records that I could let the pin drop and let play without having to get back up to skip tracks. For me, “Timeshare” was one of those albums.

After finding the artist’s Facebook page, I noticed that they had two scheduled performances the following week in Los Angeles, one at the Spare Room and the other at the Bootleg Bar. Being that the artist was from Portland, Oregon, I decided that this may be my only chance to see them perform for a while, so I planned on attending both shows.

I had a feeling that the shows would have been perfect for a date with a significant other, but c’est la vie en Los Angeles. The music is sensual. Being single, and living in Los Angeles (where convincing people that the music you like is in fact good is like pulling teeth), I’ll admit that I had second thoughts at the idea of going solo. I shrugged it off.

I was right. On both nights, Dan Vidmar and his band brought a mood I haven’t heard at a concert since I saw at Maxwell at the Hollywood Bowl. Like Maxwell, Dan Vidmar made good use of his breathy, falsetto singing engaging the audience to willingly become seduced. If I were at the show with a date, I would have made my move after the first song.

If “Timeshare” is the precursor to a full length album, there’s a lot for me to look forward to, and hopefully, by the time he goes on tour to support that album, I’ll have a date for the show.

The lighting in the venues was extremely difficult to deal with, but I did what I could. Unfortunately, the Flickr slideshow below is not currently available on mobile devices. If you are on a mobile device, please click THIS LINK to get redirected to the set of photos.