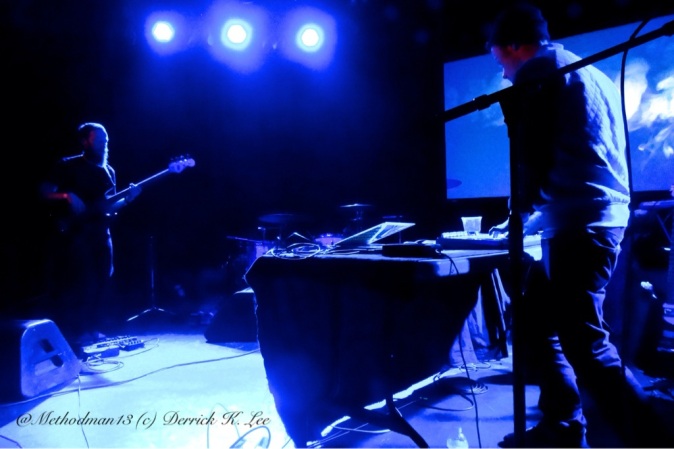 Opening for How To Dress Well at the Roxy was a music producer from Liverpool, England named Matthew Barnes, know by his stage name, Forest Swords. I hadn’t put two and two together before, but as it turns out he produced How To Dress Well’s 2012 single “Cold Nites”. In digging up a little history of his discography, I discovered that his 2010, debut EP “Dagger Paths” received rave reviews across the board; named FACT Magazine’s #1 album of the year, given 8.4 rating on Pitchfork and called “one of 2010’s finest underground records” by NME. Critics have even compared his musical stylings to current stand-out recording artists like James Blake and Bon Iver. If that isn’t high praise, I don’t know what is.

If you are at all interested in music by Portishead or Massive Attack, you need to hit up his Soundcloud account to get a taste of what he’s all about.  I’ve embedded his track “Miarches” below for you to check out:

Backed only by a bass player, he performed a set of dark, brooding, atmospheric instrumental creations that had the audience mesmerized, caught in a hypnotic dreamscape. I realized that I was hooked to his music as I caught myself humming made-up melodies to his instrumentals. I immediately started wondering why I haven’t heard more of his production for other recording artists.

After the evening’s music ended, I made my way to the merchandise booth to purchase some music. Matthew was there shopping his wares and I made some small talk with him asking him whether he’s produced for others. He indicated that he had taken a break from music for a spell and was just focusing on his own projects for the moment. If I were a betting man, I’d put a few dollars on that changing sooner rather than later.