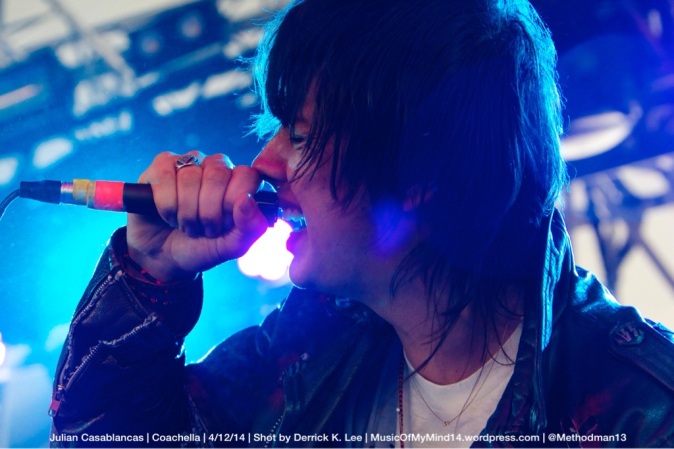 After leaving the mellow and sublime sounds of City and Colour, I made the trek across the festival grounds to check out one of the two last minute line-up adds to the festival: Julian Casablancas. Though I was more familiar with his earlier work with The Strokes, I figured catching his new music, with his new backing band The Voidz, would be as loud, fun and dirty as one would expect. I wasn’t disappointed. There was even a moment, when I recording a clip for Instagram, when he almost fell off the stage onto me (see the clip below). That was cool.

The only The Strokes song that he covered was “Ize of the World”, and the rest of the set was filled with new music. The music sounded heavier and more punk than his work with The Strokes, and I didn’t mind that at all. Knowing the caliber of musician that he is (having worked with other artists in the past like Queens of the Stone Age, Eddie Vedder, Danger Mouse and Pharrell), I’m excited to check out his forthcoming album (tentatively titled “Can I VHS you”) and was pleased to have caught his last-minute set. 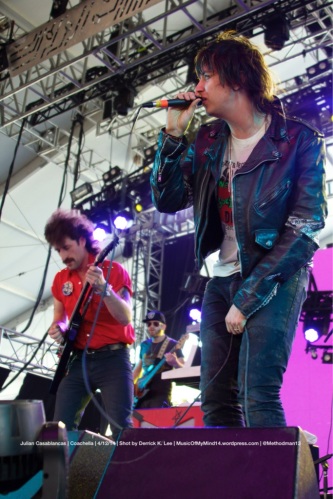 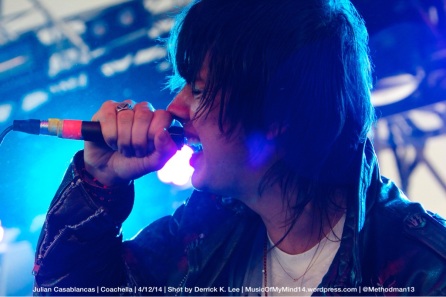 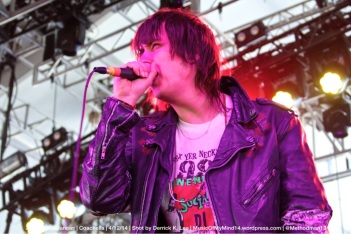 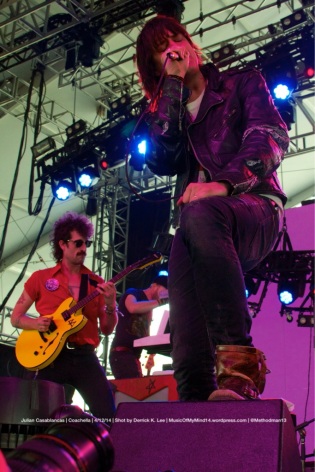 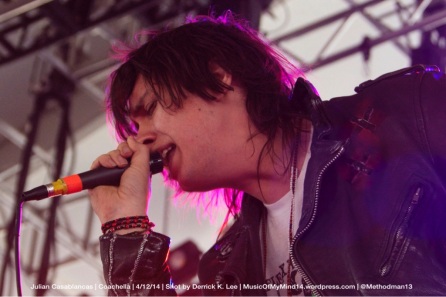