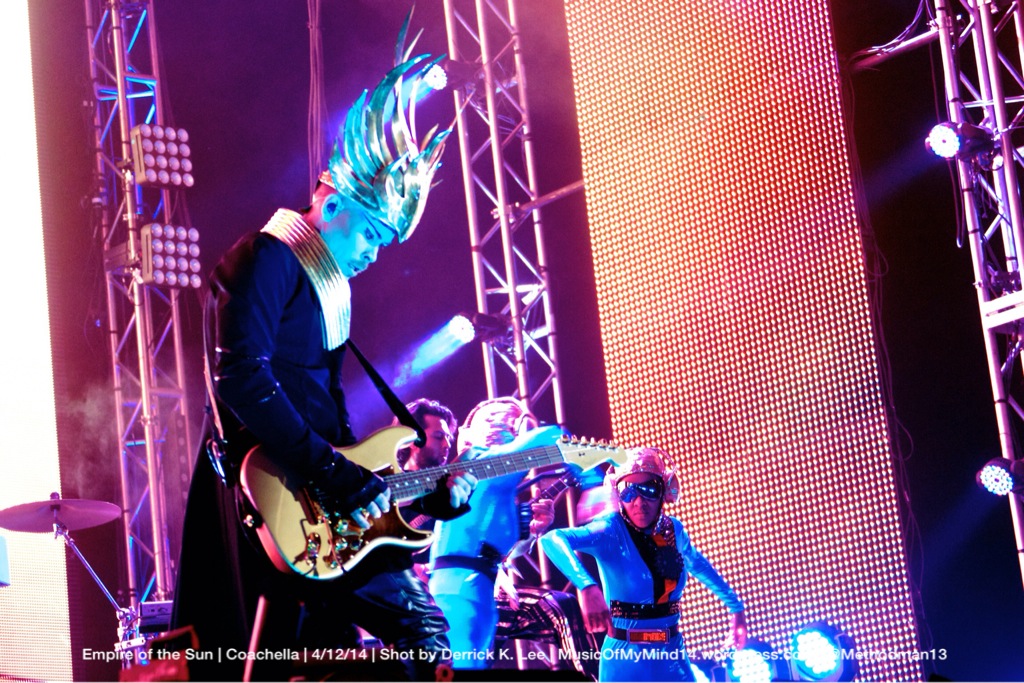 It didn’t surprise me that I didn’t make the cut to shoot Queens of the Stone Age’s set, so at the wise suggestion of a photographer from Canada, I decided to check out Empire Of Sun. Wow.

Empire of the Sun is an electronic music duo from Sydney Australia. Having achieved critical acclaim abroad, I was surprised that I had never heard of them before. Their set took place in the Sahara Tent, and I’ll be honest, I tried desperately to stay from that part of the festival grounds all weekend as it was usually overcrowded with molly-popping, inebriated, frat boys pushing their way to get in to rave. It was no exception this time around. Empire of the Sun absolutely packed the tent. Even after my time in the photo pit had ended, it took a good 5 minutes to get out of the photo pit area as security was trying to push back people trying to push their way in.

In terms of the music, truth be told, I really wasn’t paying too much attention to it at the time. I was more intrigued by the costumes, choreography and videos playing in the background. Total sensory overload. After the festival had ended, I looked up more of their music and as it turns out I actually enjoyed what I heard. One of their most recent singles, “Alive”, is really catchy.

On the photography front, being relatively short (5’8′), I noticed, for the first time, how high the Sahara stage was. I found it difficult to snap pics, which was a bit of a shame since the stage production for the band, costumes, videos and all, was pretty epic. I think I was still able to catch a few decent shots. What do you think?

Edit this setlist | More Empire of the Sun setlists 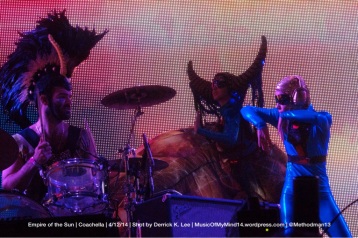 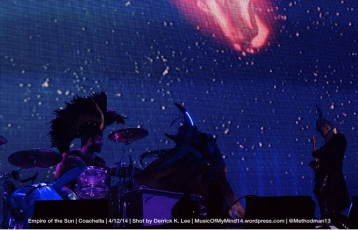 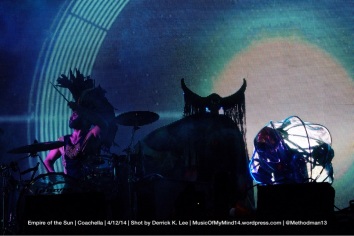 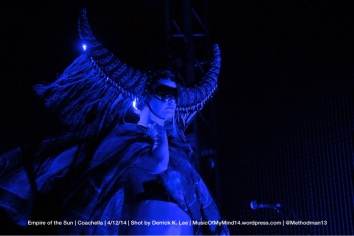 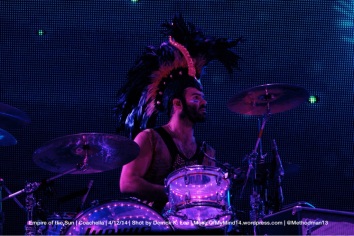 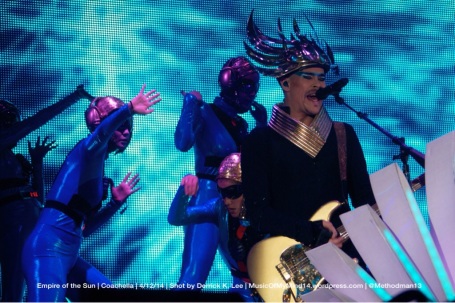 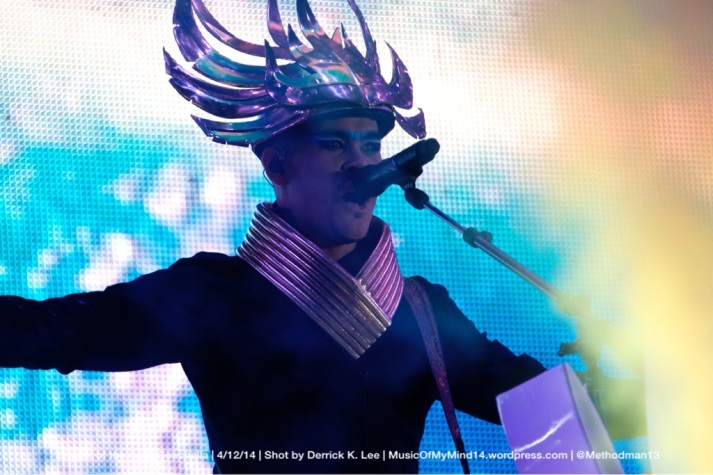 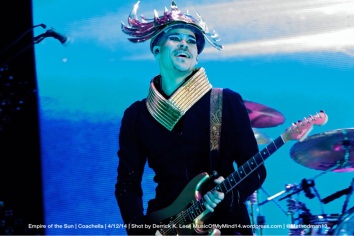