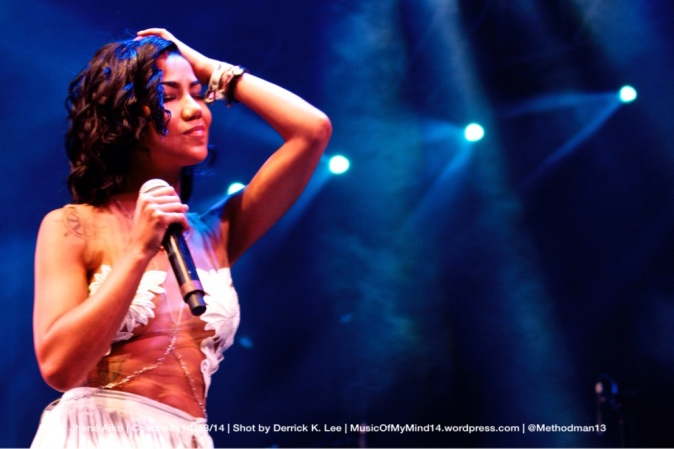 It took me a couple weeks, but I FINALLY got through all of the photos I took the first weekend of Coachella. The irony of it all was that this last performance was one that I almost didn’t go to. At the request of an Instagrammer (<- Is that what you call them?…), I was urged to take pictures of Jhené Aiko’s performance. I’m certainly glad I did.

Jhené Aiko is an L.A. based singer/songwriter whose music can be classified as contemporary R&B. Her new studio album (her second full length), was released this month and is titled “Souled Out”.

Her performance was solid.  Her sultry looks (the high-cut dress didn’t hurt) perfectly complimented her soulful melodies and she had her fans eating out of the palm of her hand. She debuted a new song off of her forthcoming album (“Spotless Mind”) as well as performed songs she currently has spinning on the radio (‘The Worst”). In my opinion, her professionalism and stage presence needed no assistance, but of course, since this is Coachella, no punches were pulled.

Early in her set, she had Donald Glover p/k/a Childish Gambino join her on stage to perform their collaboration “Bed Peace”. Later in the set, she had Drake join her on stage to perform their duet “From Time” (the second weekend, she brought out her daughter and Kurupt). To be honest, I was at the next tent watching Slash and Motohead tear up “Ace Of Spades” when Drake got on stage, but I ran over to Jhene’s tent to at least snap a picture with my point and shoot camera of Drake.

I couldn’t find a setlist online, but if you happen to know all of the songs she performed, feel free to leave them in the comments and I’ll add them here. Thanks!

10:10. As a favor to @Valentinaaah_, #JheneAiko. Glad I took the suggestion cause #ChildishGambino (#DonaldGlover) made a guest appearance! And with this, I bid you a fine farewell. Stay tuned for when I post some of my pics from my blog (link is in my profile, btw 😁). Got some serious keepers! Night Y'all. Let the music fill your soul like it has mine. 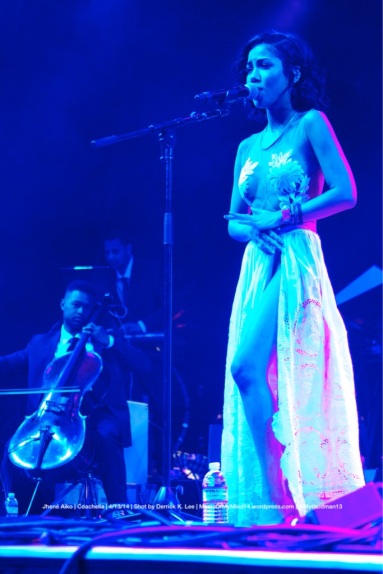 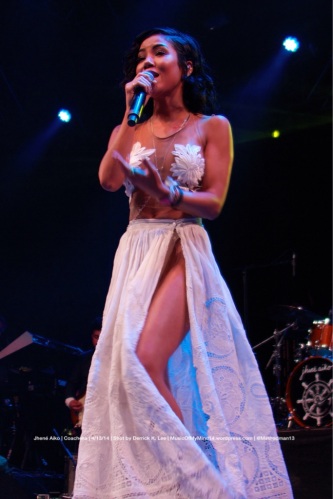 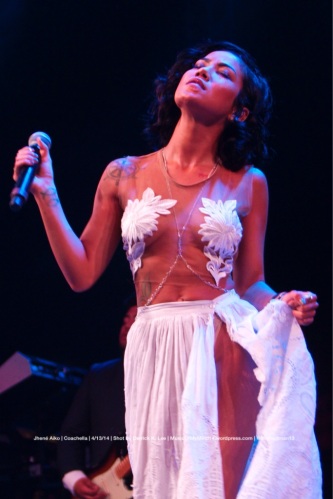 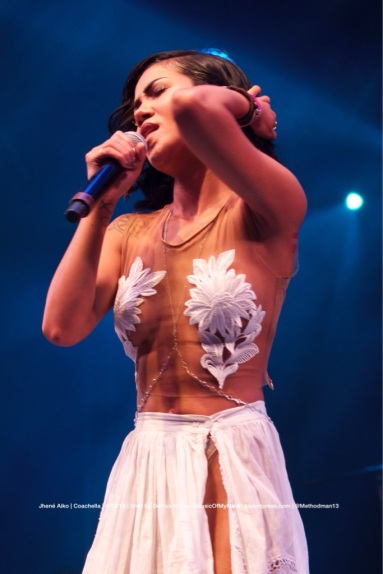 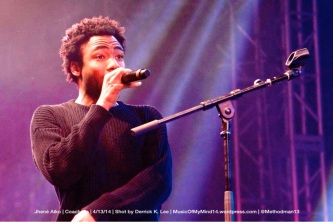 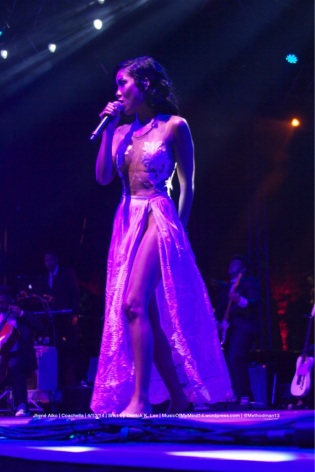 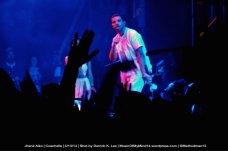