Performing in front of a crowd of 18,000 at the Staples Center sounds like a daunting task. Performing in front of a crowd of 18,000 alone? I think it would take a little more than imagining the crowd naked, no matter how good looking, to get over the nerves I would probably have. Ed Sheeran, with just his guitars, did it with the ease of a seasoned pro.

Though I probably would have enjoyed seeing him perform in a smaller venue more, there was absolutely nothing I could criticize about the performance that I saw. His voice, his musicianship, his stage presence … it was on fully display, revealing to me why his hordes of fans (mostly young girls/women) love him so much.

Whether it was his playful banter with the audience, mesmerizing use of his loopers and pedals to create percussive instrumentals for rousing numbers, or his thoughtful lyrics coupled with his mellifluous tenor voice during tender moments, he had the audience eating out of the palm of his hand.

Perhaps the most tender moment was before his performance of “Afire Love”. He reflected somewhat jokingly about the often times futile effort to get a rowdy person in an audience to be quiet with a “Shhh.” He asked the audience to be absolutely quiet for the following song, a request that was relatively acknowledged, save but the one or two overzealous fans who thought, I suppose it was the most opportune time to profess her (or his … I really couldn’t make out the gender of the voice) love for Ed. It was the first time I’ve ever heard the Staples Center so quiet … you could hear a pin drop.

Another highlight was during Ed’s encore, when he surprised the audience with a special appearance by Gary Lightbody, the lead singer of the British alternative rock band Snow Patrol. Together, they performed Snow Patrol’s hit song “Chasing Cars”.

I’ll be honest, I’ve always shrugged Ed Sheeran off as a Jason Mraz knock-off. I mean, I’m not really his target audience … and there are plenty of singer-songwriters who I grew up that have had the same kind of musicality and/sound, but Ed Sheeran’s performance really opened my ears up … opened them enough to give his music a chance with a clean slate.

I wasn’t approved with a photo pass for this concert, so all of the following photos were taken with a Sony Cybershot G, point and shoot camera. 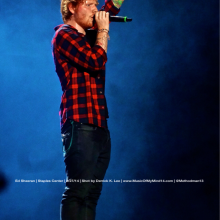 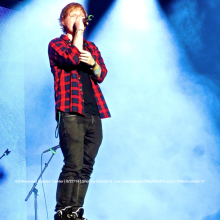 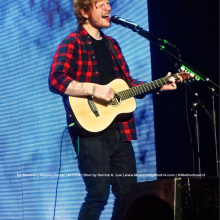 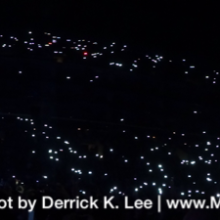 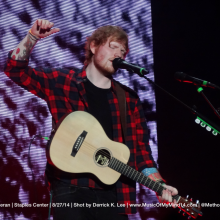 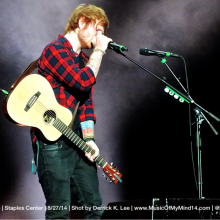 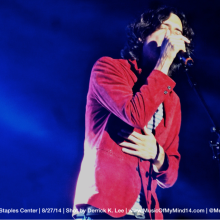 Opening up for Ed Sheeran was a band that blew my mind earlier this year when I caught their performance at Coachella. As it would be unfair to call Ed Sheeran a Jason Mraz clone, it would be unfair to call Rudimental an electronic dance music. Though they use a significant amount of production tracks in their live performance, they also perform with a full band, and multiple vocalists. Their performance opening for Ed Sheeran was entertaining, however, I did feel like it wasn’t as raw and as drum’n’bass heavy as what I saw at Coachella, but I’ll be following their development because their music is just to fun to ignore.

I wasn’t approved with a photo pass for this concert, so all of the following photos were taken with a Sony Cybershot G, point and shoot camera. 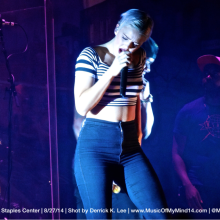 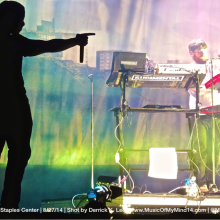