To Check Out Other Acts that I Caught At The Sunset Strip Music Festival, CLICK HERE!

THOUGHTS: When I picked up my pass for the festival, I bumped into an old friend. I asked him if there were any bands I should check out. He suggested Fartbarf … what?!?! LOL. At first I thought he was kidding, but when I checked the artist schedule, I saw that there was a band called Fartbarf and I was already in the venue where they were performing, so I decided to stick around and check them out. When they took the stage, there were wearing matching NASA astronaut jumpsuits and wore odd, creepy masks. I initally had my doubts about the band because of the costume gimmick, but as soon as they started playing, my opinion changed immediately. Their synthpunk was adrenaline stirring, and I couldn’t help but groove to their sound. I think they could do without the masks, but as long as their music rocks out, I’ll keep my mouth shut.

PHOTOS: Just got a new 50mm prime lens, and still learning how to use it, so some of these pictures could have been better in focus, but I ain’t complaining. 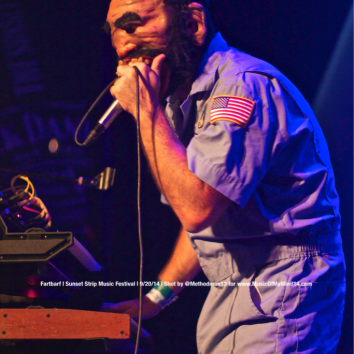 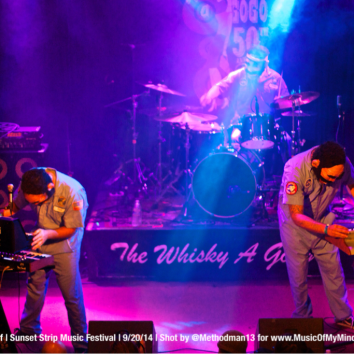 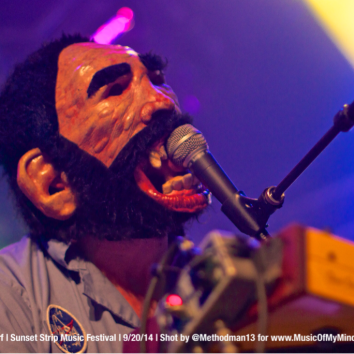 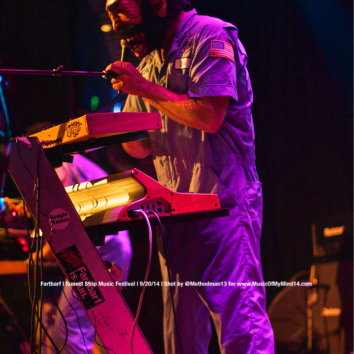 To Check Out Other Acts that I Caught At The Sunset Strip Music Festival, CLICK HERE!