Good band, they got it done.  On lead vocals is Naama, her voice has a unique sound, one you don’t hear often these days in the music age of Electronic and Dance Pop.  Truth, I love this girl’s voice – it’s a slightly raspy, feminine Rock voice that meets some good Indie and unique enchanting sounds.  Naama’s is not a true muscular voice, but it has a cool texture, a little bit of Pop meets Rock with a unique ingénue sound.  I liked it, kind of wanted to see Joan Jett after hearing this band, too.   Naama also has showmanship, an intriguing attraction to her movement with her sound.  Take Offs and Landings is from Lima, Peru and the other members of the band are Dennis, Christian, Chris, Sergio.  Take Offs and Landings was formed recently, in 2013, and is already playing festivals like Culture Collide.  Their music is a blend of sinister girl rock and tones that make it seem like they know something you don’t and you are intrigued enough to follow wherever they are leading, which I I think is one reason the lead vocal’s voice struck me, it all went together – their enchanting sound and lead vocals that compliments the magic.   Their first album is due to drop at the end of the year. 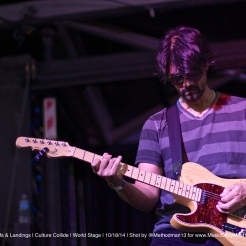 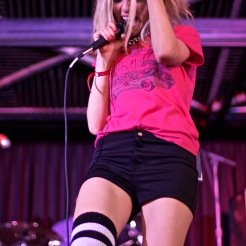 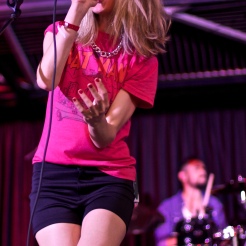 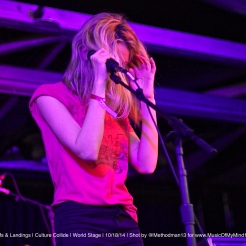 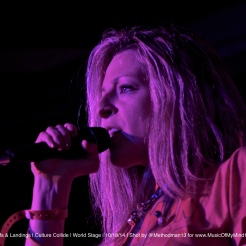 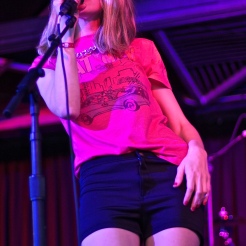 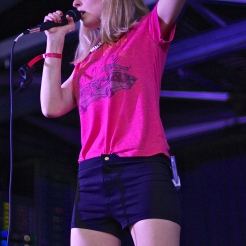 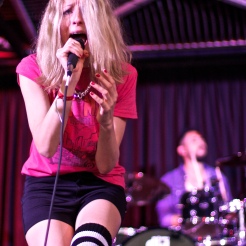