The anticipation for Reignwolf at The Mint was palpable. After giving early comers army jackets emblazoned with Reignwolf logos, looking around the small venue it looked, with what seemed like a majority of the fans in attendance wearing the matching jackets, like there was some kind of cultural, or revivalist, movement happening.

With the fog machines pumping out a heavy mist, and the band emerging from back-stage, the crowd erupted with a cultish zeal. We were waiting all night for some rock-and-roll nirvana. We were waiting for Reignwolf to take us there.

I had seen Reignwolf at the Troubadour earlier this year and was a bit surprised that this Red Bull show was at The Mint. With a capacity of only 200, this show had sold out (just like his concert at The Troubadour) early. I thought for sure that Reignwolf could have easily sold out a 500 capacity venue. I wasn’t complaining though. Trust me … you want to see Reignwolf in an intimate venue. It got really intimate at The Mint.

Jordan Cook (a/k/a Reginwolf) was in the zone from the start. His eyes were glazed over with a wild-man’s look, only breaking out of its trance when technical issues with microphones arose or when he directly addressed the audience. His performance at The Mint was as raw and unhinged as it was at the Troubadour.

Moving his performance into the audience, literally dragging his drum kit from the stage into the crowd, and standing up on top of his kick drum, his energy was relentless, and it was a performance that I’m sure kept everybody up at night because of how much adrenaline it stirred up.

The performance aside (which was incredible), I’m more in awe about the fact that Reignwolf has developed such a loyal following without having a full studio album up for sale or a label backing his image. His reputation, to this point, has been, for the most part, organic and based on his live performance. I had a buddy swear to me that I HAD to see Reignwolf live. I listened to his recommendation, and now I can’t get enough. Am I satisfied? Not yet. I need more music.

PHOTOS: This show was one of the toughest gigs for me to shoot. Wasn’t happy with most of what I shot. I’m not even that happy with the photos that I posted here. Still one or two real quality shots in here, but it was all timing matching my shot with someone elses flash. 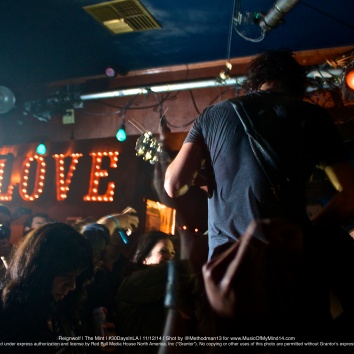 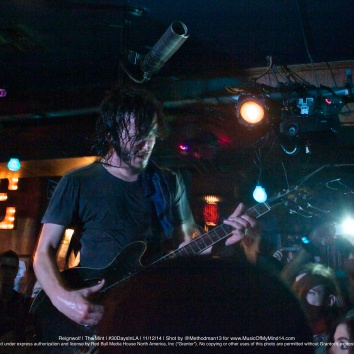 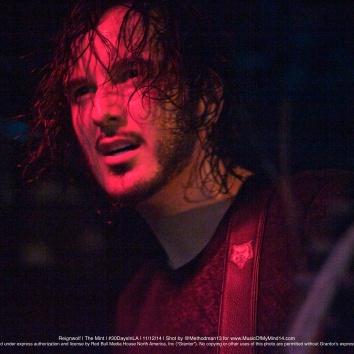 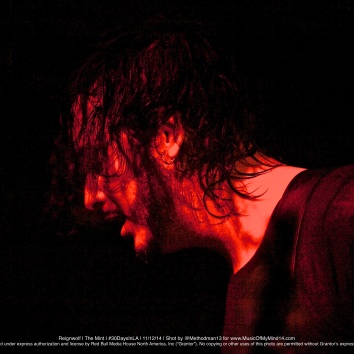 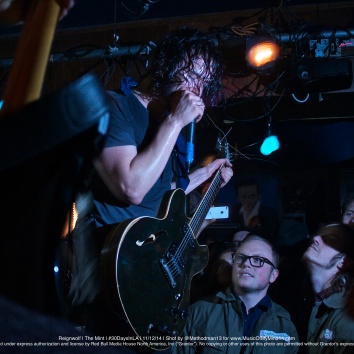 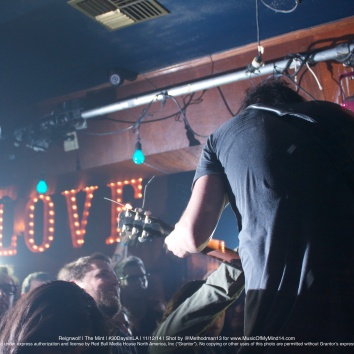 About a year ago, a buddy of mine forwarded me a soundcloud link of a band based out of Seattle named Reignwolf. Knowing that he had good taste in music, I opened the link and and this song played:

Whoa. I was like, “Where did this come from, and why don’t I know anything about them?” I quickly remedied that problem. I started following them on Facebook and found out that Reignwolf was Jordan Cook. I started watching videos of his live solo performances on Youtube, and I was  hooked. I had missed out on his performance opening for Black Sabbath at the Hollywood Bowl due to a prior engagement, but when I found out he was headlining a show at the Troubadour, I logged on and bought tickets as soon as they went on sale. I’m glad I bought them when I did, since the tickets for the gig sold out.

Before Reignwolf took the stage, the anticipation was palpable. Accompanied by David T. Rapaport on bass and Joseph Braley on drums, Jordan took the stage to loud cheers. The music started and the rock had commenced.

It was as good a live show as I’ve ever seen. In fact, I’d say that is was the best club gig I’ve seen this year.

With Jordan bouncing around the stage, off the drum kit, and into the audience, the energy was frenetic. He kept the audience guessing as to what was coming next, taking control of the set by ripping out a jaw-dropping performance of “Electric Love” solo, playing the guitar and drums simultaneously, and by playing a song in the audience, using his logo emblazoned bass drum as a pedestal.

Midway through the set, I looked over to a friend I had invited to the show to see if she was doing all right. She didn’t have to say anything. Her mouth was agape, and her eyes were fixated on Jordan, with a “what’s the hell am I witnessing right now” look. Yeah, she was enjoying herself.

When Reignwolf came back to the stage for their encore, Jordan humbly expressed how lucky he was to be playing in the legendary venue. He mentioned how all of his music idols had once played at the Troubadour, and how he was sincerely appreciative of the chance to do the same. He then slyly looked around the room, pointed to the upstairs balcony area, and announced to the audience that though his sound guy wouldn’t appreciate it, he wanted to play up there.

Dragging his amp up to the rafters, he seated himself on the balcony railing, anchored by fans who made sure he wouldn’t fall. The crowds’ frenzy reached it pinnacle. At this point, even MY jaw was on the floor. It was definitely a first for me, and most likely a first for the Troubadour. I’ll not soon forget what I was witness to that evening at the Troubadour, because that show … seriously … was the stuff of legend.

As much as enjoyed the show, I’ll be honest, I wasn’t all that happy with the photos that I snapped. I think part of the problem was that I was moving to the music too much while snapping pics (most of my shots were blurry). Also, I honestly think that the music being so good, I was distracted and missed moments when lights saturated the room. What can I say? It really couldn’t be helped. I was just having too much god-damn fun with the music. Hopefully, I’ll get another chance to redeem myself at some point. Ya hear me, Reignwolf? I want to shoot you again!!! 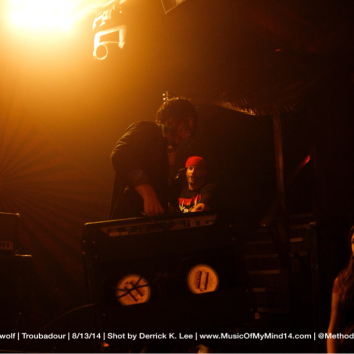 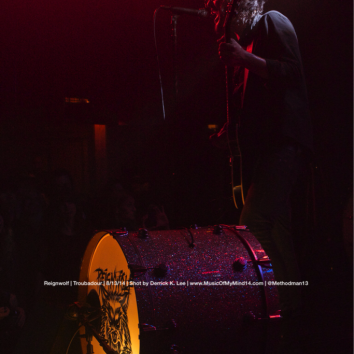 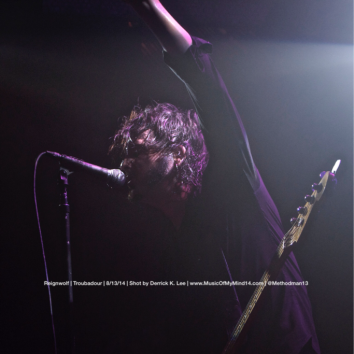 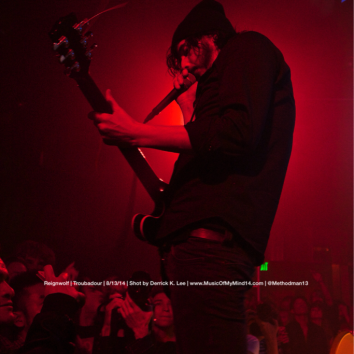 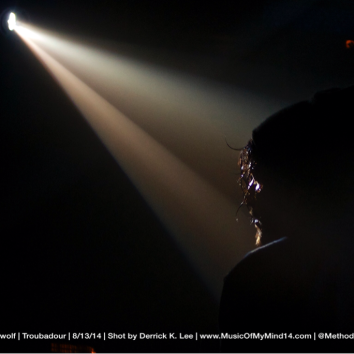