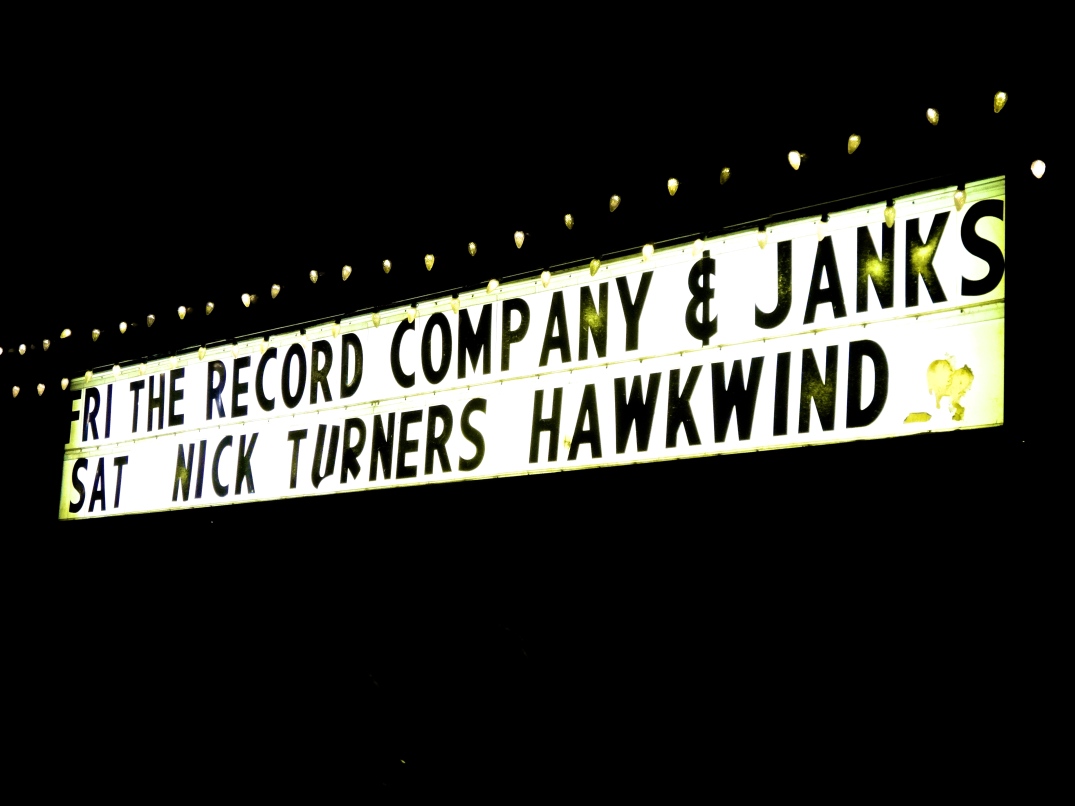 This year, I’ve been particularly lucky to get introduced to the music of a lot of new bands/recording artists that piqued my ears. The Record Company is one of them.

I  first heard their music and saw them perform live at one of the best house parties I’ve ever been too, and was subsequently able to catch their set on the main stage at Make Music Pasadena. Each time I saw them perform live, I was impressed with their sound and the way they commanded the audience’s attention, whether it was in front of a private party or hundreds of festival going patrons who were drawn to their sound. Their set at the Satellite was no different.

The Record Company seems to have had a pretty good year. Following them on Facebook, they’ve I’ve noticed that they’ve had a pretty substantial domestic and international touring schedule, playing festivals, and smaller venues, opening for, or sharing the stage, with artist like Meshell Ndegeocello, B.B. Kings, Neil Young, etc, all while recording their newest independent release “Feels So Good” and getting a getting a song synched into a trailer for a major motion picture (The title track of the album was used in the trailer for the Robert DeNiro/Michael Douglas/Morgan Freeman movie “Last Vegas”).  Their EP also made “best of” lists from local publications.

Not bad for a year. Not bad at all.

When a friend of mine told me about their CD release show, I couldn’t resist getting a ticket. I was fidgeting with my camera to get the best setting for the dim lighting of the Satellite as the audience cheered them on to the stage when I noticed that there were mostly gals up front. I made a mental note of that for future shows.

They jumped into their set with the blues-rock that drew me to them the first time I heard them play. Raw and gritty, soulful and fun, Chris Vos, Marc Cazorla and Alex Stiff tore the roof off the house. They humorously interacted with the crowd in between songs, and stirred rousing call-and-repsonses during songs. Perhaps the most revealing moment of the show was when the audience started singing along to one of the songs, and Chris Vos got lost in the audience singing to them … so much so that he acknowledged how unbelievable it was that their fans knew their music that well.

They invited a talented harmonica player to join them on stage (I think his name was Mitch and he played for The Lovers (?), and also had the two other bands who opened for them (The Janks and The Eagle Rock Gospel Choir) join them on stage for the stage-packed, inspiring finale), but truth be told, they didn’t need special guests as their music was all the crowd needed.

In 2014, do yourself a favor. If you’re into blues rock … or just into good times … and you see The Record Company scheduled to perform at a small, intimate venue, go. I guarantee you’ll have a good time. Plus, based on their 2013, I have a sense that these guys will be playing for bigger crowds sooner rather than later.