On the second day of the BET Experience at L.A. Live, I decided to watch the various acts performing on the main stage of the convention center. Each of the acts performed short sets to give the audience a sampling of what their music was all about.

The fifth act I was able to catch was Elle Varner; an R&B artist who emerged during the early 2010s, whose single “Refill” charted in March 2012. Her debut album, “Perfectly Imperfect”, was one of the only female R&B albums that I purchased that year.

Currently working on her sophomore album, she recently released a single titled “Don’t Wanna Dance” featuring A$AP Ferg. If her follow up is anything like her debut, I’ll be sure to pick up a copy of it to add it to my collection.

CLICK HERE to check out a collection of Instagram videos of most, if not all, of the songs Elle Varner performed at this concert. 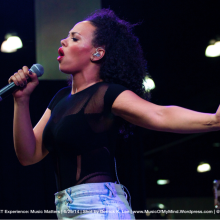 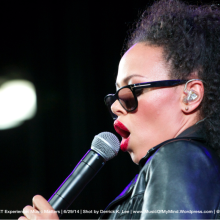 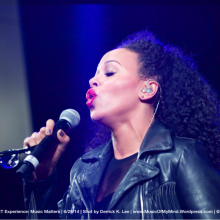 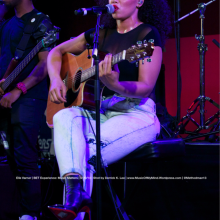