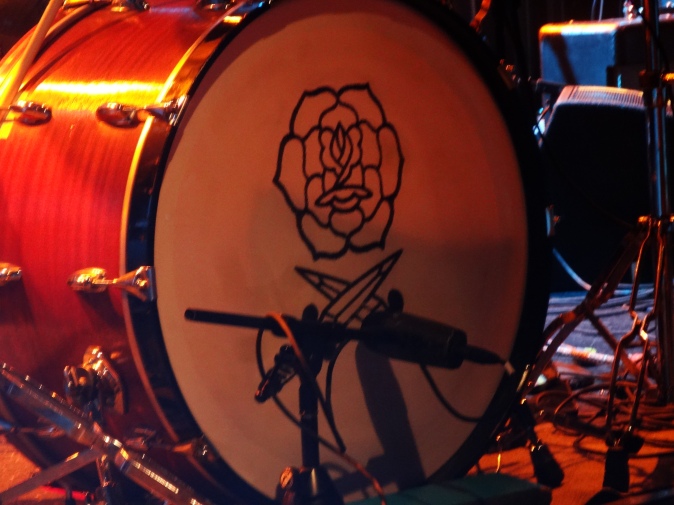 I follow Thundercat on twitter, and I noticed a tweet he posted earlier this year stating that the guys in Bass Drum of Death were cool dudes. That piqued my curiosity. Them opening for Hanni El Khatib? I was excited to hear what they were all about.

Their set was as aggressive and as loud as their name would imply. There was almost a collective release of energy when they started playing as the crowd started to get as rowdy as the music. Head bangers started to open up a circle in front of the stage, and the playful shoving commenced.

Truth be told, I was actually more interested in watching the crowd than watching the band, partially to watch the peach-fuzzed kids climb onto and leap off of the stage, and partially to make sure I didn’t get a kick in the head from a stray leg. Security shut down the stage diving after about one song, but the mood and groove had been set.

Their music, like Tijuana Panthers before them, was a good warm up to the main act … I was just hoping that I wouldn’t have to loosen up my “concert elbows” to give myself some space for HEK.