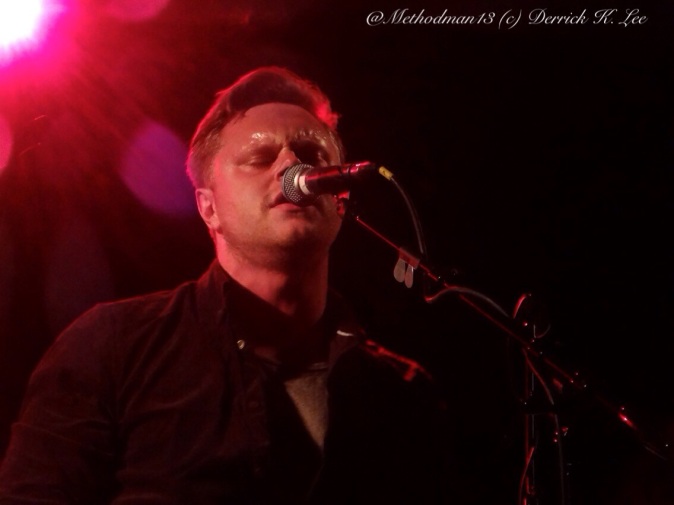 Opening for Biffy Clyro at the El Rey was Morning Parade, a five-piece, alternative rock band from Harlow, Essex. I hadn’t heard of the band before, so my opinion of them is based solely on their performance that evening.

They were good. But for a band from overseas trying to leave its mark on a new audience in the States, is “good” good enough?

Don’t get me wrong, their music wasn’t bad. In fact, all of their songs seemed very radio friendly. The problem for me, though, was that no one song particularly stood out. I always keep an open mind when listening to a band for the first time. I want to hear new music that I can’t stop thinking about. In my opening, the music was good; it just wasn’t memorable.

And their performance wasn’t bad. Clearly, the band is a well-oiled machine and the songs were played with the type of expertise you’d expect a seasoned band to play with. It is a definitely a big, clean sound that has potential. The lead vocalist’s did an admirable job, and his voice was solid. During the set, I thought to myself that his voice was a bit of a mix of Ben Gibbard (of Death Cab For Cutie), John Rzeznik (of Goo Goo Dolls) and Tom Chaplin (of Keane).

But therein lies the problem. I shouldn’t have been thinking about who the lead singer sounded like. I should have been engrossed in his performance, and/or the music, and unfortunately, I was neither. Truth be told, I was more entertained by the bass player’s energy than the voice of the group.

Maybe I was expecting too much considering that they were opening for a band that is known to have an epic live show. Perhaps, since they are a relatively new band, they just didn’t have the repertoire to pull from, having only release one full length album, and a couple of EPs. I’ll admit that it was, altogether, a good set. But if you’re trying to make new fans, especially of people who aren’t familiar with the music, is “good” good enough?