After being ushered out of the photo pit for Grouplove, I decided to head over to the Outdoor Theatre in order to grab a bite to eat before setting up to take pictures of HAIM. A$AP Ferg was on stage bringing it with the A$AP Mob when all of a sudden I notice A$AP Rocky running on stage. In an almost instinctual motion, I started running towards the stage with my camera in tow.

Although photographers are typically only allowed to photograph either the first three songs or first 15 minutes, of an artist’s set in the photo pit, I somehow finagled my way into the photo pit and was able to take a few pictures of both A$AP Ferg and A$AP Rocky on stage together at Coachella.

Looking down at my watch I noticed that there was about 15 minutes left to his set, I decided to keep taking pictures until A$AP Ferg had donned a jacket that seemed to spray, streams of steam out of the sleeves. Considering that I had rented my lens, I decided that that was a good a time as any to leave the photo pit and grab a bit to eat. It was the first “special appearance” of an artist at the festival, and I think that one of the pics I snapped with Ferg and Rocky is a keeper. What do you think? 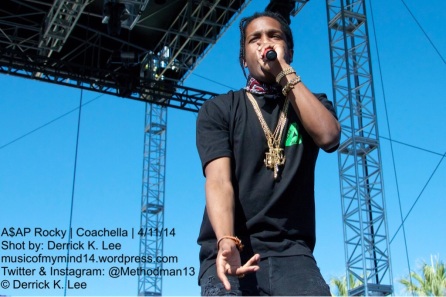 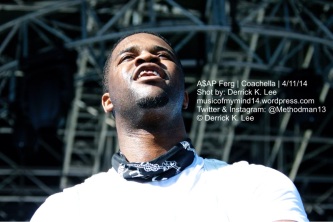