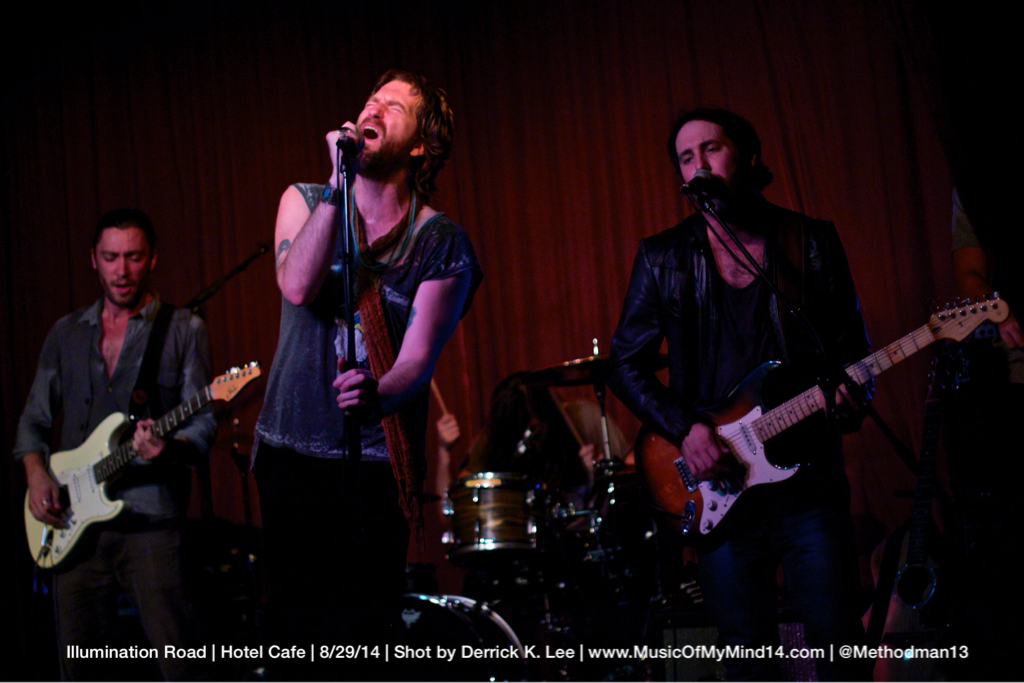 I love the Hotel Cafe. It’s a classy and intimate performance venue that has a great sound system and they always seem to find great local (and touring) talent to perform on their small stage.

I was excited when I heard that Illumination Road was playing there (full disclosure, I know a couple of the guys in the band), but truth be told I was actually more excited to test out a new 50mm lens with a low aperture that I recently purchased.

The band was great. Their set was more mellow than the last time I saw them at the Troubadour. By incorporating an upright bass and keys, their sound was definitely a bit more subdued, but they still rocked it out and performed with the same rock and roll intensity that I remembered from earlier this year. I was particularly impressed with their cover of Radiohead’s “Subterranean Homesick Alien”, which you can check out a clip of below. So killer.

Because the Hotel Cafe is generally really, really, really dimly lit, I was actually pretty pleased with how my photos came out. I think I’ll need to save some money on a better camera body (something that can take non-noisey, high ISO shot better than my T2i), but I think that these, for the time being, will suffice. 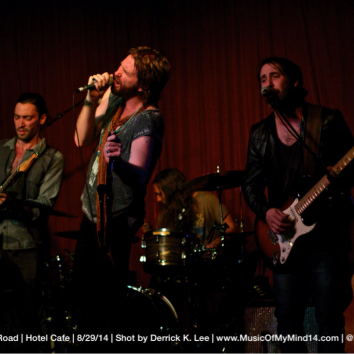 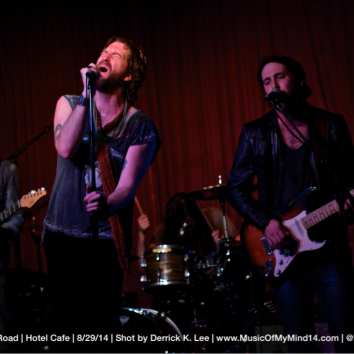 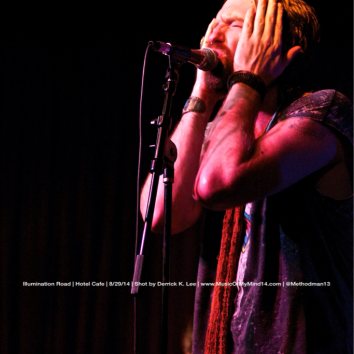 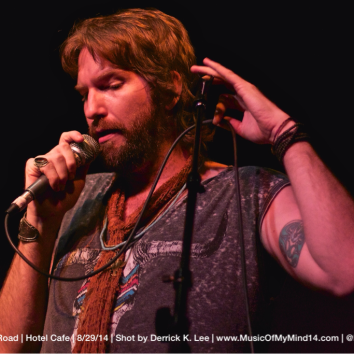 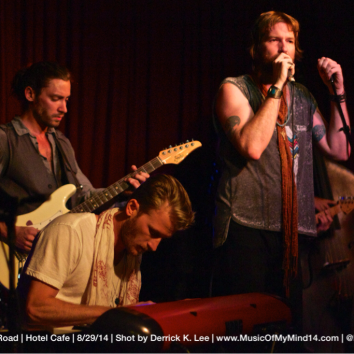 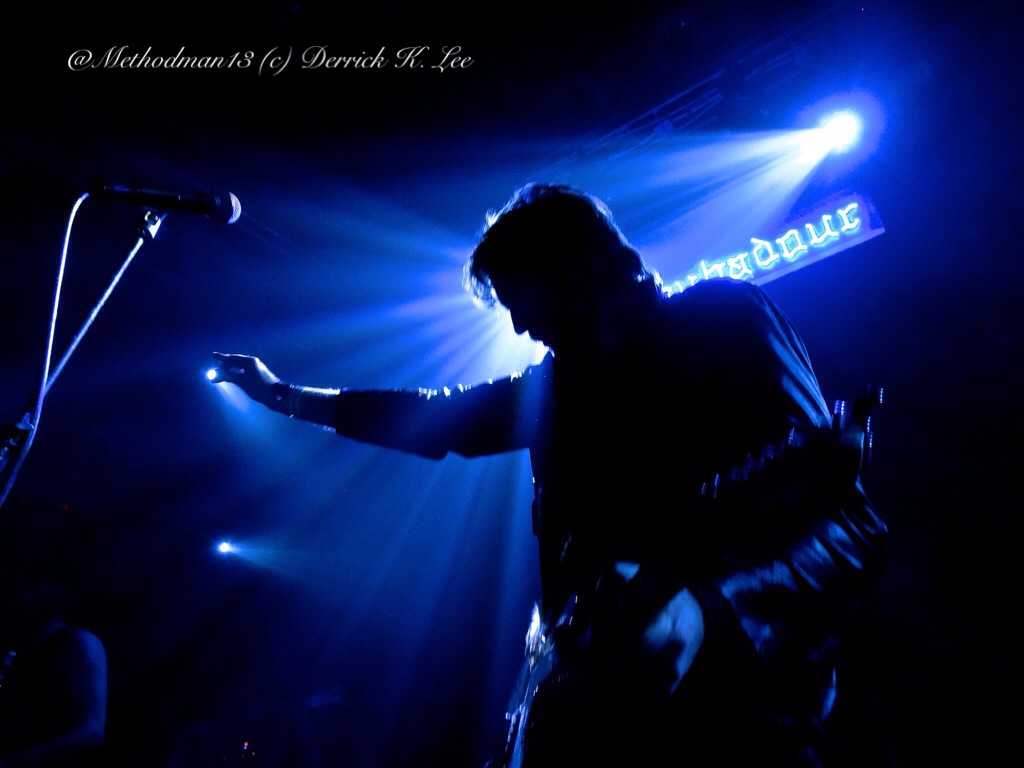 Last June, I went to go see Illumination Road at The Roxy; a band that writes and performs music with a distinctly classic rock edge. Now, I don’t usually go out on Mondays, but when I heard that they were scheduled to open for another band at The Troubadour, I had to suck it up and check them out. I’m glad I did.

I got to the venue early, and having not eaten anything for dinner, decided to grab a bite from the grill behind the bar. I ordered a grilled cheese and fries, and sat on a stool at the bar closest to the grill while waiting. While waiting, I noticed two things: (i) There was a female-fronted rock band on stage, and (ii) I was sitting next to Darren Criss. I’m not going to deny it, I’ve watched, and enjoyed, his covers of Katy Perry’s “Teenage Dream”, so I told him that I liked his work, and asked him who he was there to see. It turned out that he was at The Troubadour to support his girlfriend’s band Mad Moon Riot, who happened to be playing at that moment.

“Cool,” I said, and I let him be. I ordered a beer, and started to eat my grilled cheese when a buddy of mine arrived. He had brought his camera to take pictures of Illumination Road as well, so I asked him to sneak a picture of me eating my grilled cheese with Darren in the background. I tried to slyly make the picture funny, but it wasn’t. In fact, it was terrible. By the time I had finished my grilled cheese and beer, Mad Moon Riot had finished their set, and I made my way to the front of the stage to snap some pics.

When Illumination Road started their set, it was loud, glorious and hard-rocking. I enjoyed their show at The Roxy, but there was something this time around that was particularly more impressive. Whether they were inspired by the history of the venue, or whether they had just had more time to polish their live performance since the last time I saw them, it was an inspired set that I’m sure gained them some new fans. Chris Ayden, the lead singer, had a certain swagger and a commanding stage presence that night, that, truth be told, pleasantly surprised me.

If you’re looking for a new band reinvigorating the “classic rock” genre/sound, I suggest that you “like” them on Facebook and catch them live when they’re in your neck of the woods. 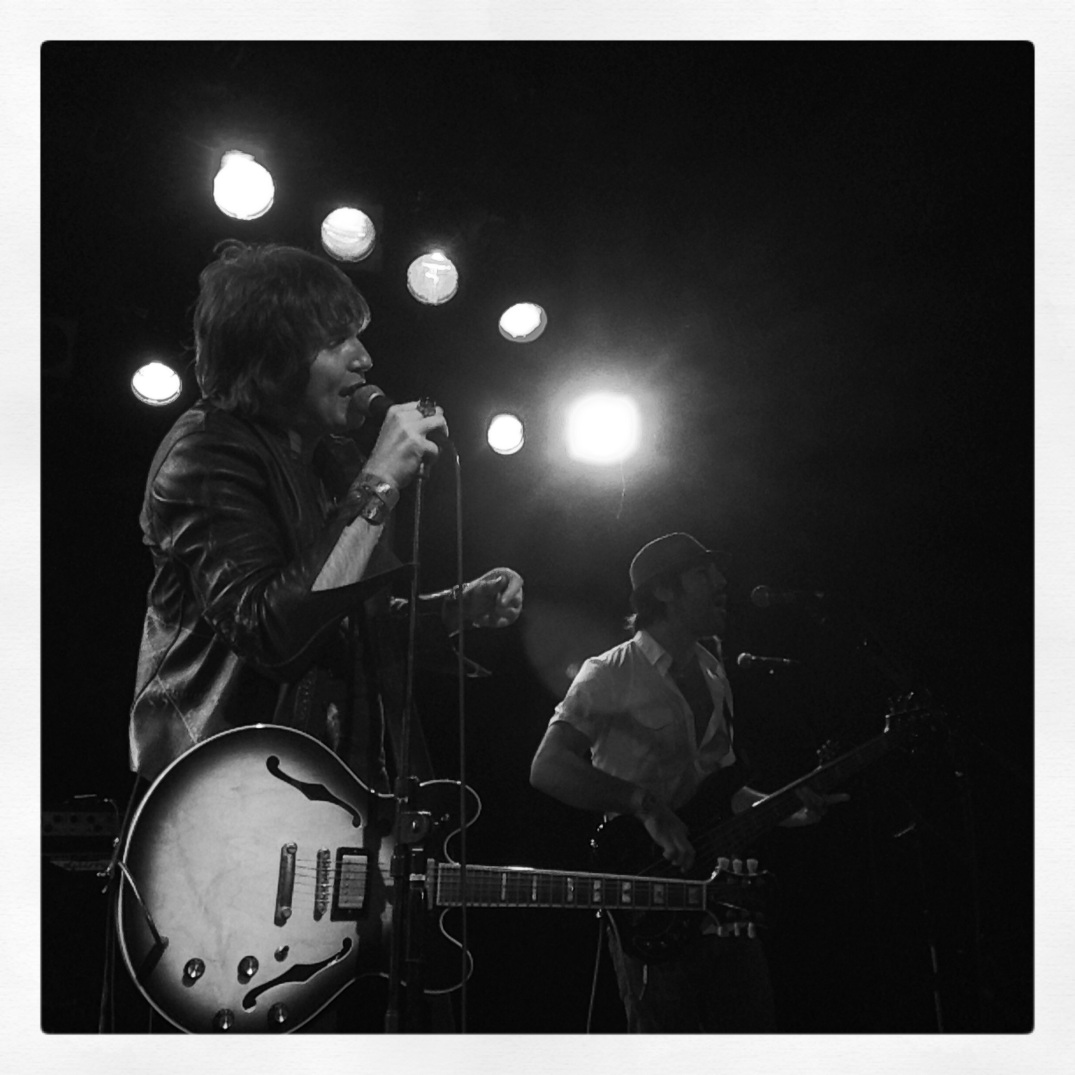 A couple years ago, while throwing back some scotch at one of my favorite pubs in Santa Monica, Ye Olde King’s Head, I was introduced to a couple of musicians who were in a LA based band called Ironheel. They were in the process of putting together a full length album, and they gave me some sites where I could check out their music. Sometime the next day, probably while brewing some coffee to help get my groggy afternoon started, I sat down at my computer and looked them up. I got excited. It was raw rock and roll with killer bass lines that reminded me of some of the greats back from the 60s and 70s.

I’d bump into the guys on occasion at the bar and always ask how their music was going. I can’t seem to remember all of the details- I’m blaming the scotch- but what I did take away from our conversations that was that the band was going through some changes. I figured if they wanted to get further into it, they’d let me know.

Fast forward closer to the present, and after more drinks, Chris Ayden and Chad Mitchell Schlosser tell me that they rebooted the band with a new name, Illumination Road, but still took the same approach to the music that I had liked so much when they were in Ironheel. Apparently, their sound impressed others as well as they were asked to play a set at the Stone Music Festival in Australia where they shared the stage with the likes of Billy Joel, Aerosmith, Buckcherry  and the supergroup Kings of Chaos. When they told me that they were having their first ever  U.S. gig as Illumination Road at the Roxy, I had to check it out. It was just what the doctor ordered.

Good old fashioned rock and roll. An edgier version of the Kinks influenced by Hendrix?  Blue Oyster Cult with Robert Plant influenced vocals? A modern day The Guess Who (more “American Woman” than “No Time”)?  It’s hard to say at this point because they’re such a new band. And honestly, comparisons don’t mean anything. All I know is that there’s a sound here with this band that can really fill a current void in the rock-and-roll marketplace, and it’s a sound that is uniquely their own. If they keep writing songs like the ones I’ve heard, and keep rocking their live performance like I saw them do, maybe they’ll lead the charge to get music back to its classic rock roots.  After all, there is that whole cultural, cyclical hypothesis thingy…

Regardless, I’ll be keeping my eye on them to see where their jams take them. Check out the iPhone video clips I took, and if they pique your interest… pssst … they’re on Facebook.