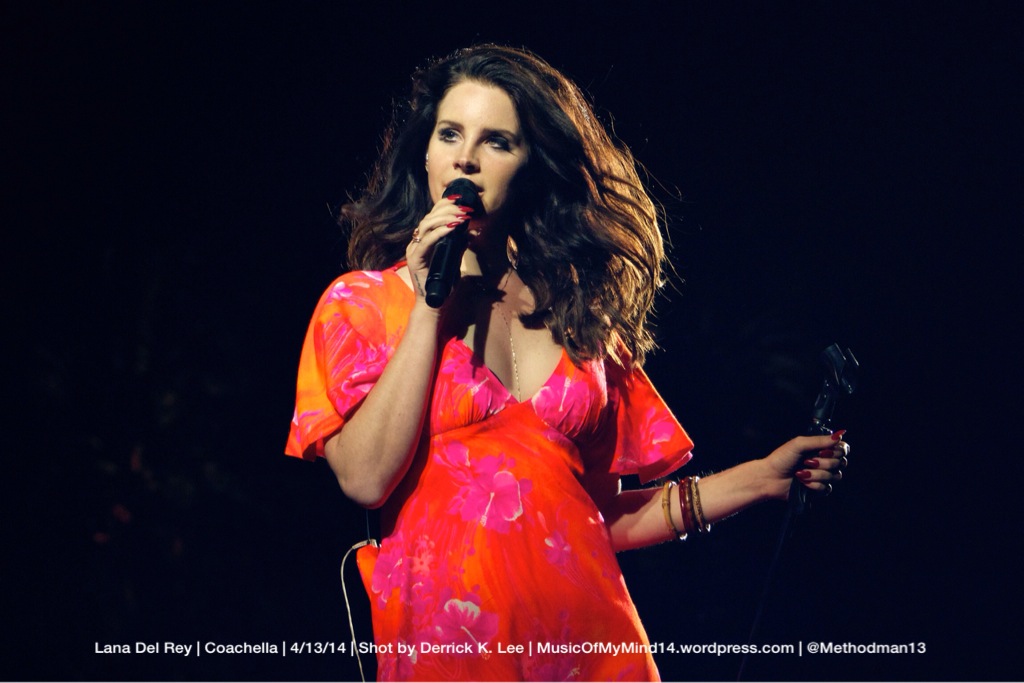 Lana Del Rey’s fans are some of the most dedicated and passionate fans that I have ever met. Prior to her set, I chatted with several of them who were up at the very front of the barricade, with at least ten thousand other festival goers behind them. I asked them how long they waited where they were standing, and one of them said at least an two hours, having made their way up to the front during the prior act’s (Neutral Milk Hotel) set.

I scanned the line of fans at the railing (the greater majority of whom were young women … some of them probably girls) and most of them had their eyes fixated on the stage, as if they wanted to catch a glimpse of their songstress before the show began. One girl, standing between two friends who were having an animated conversation, was standing there quietly, when I noticed – no joke – her eyes well up with tears. Her friends paid no attention to her, but I sure noticed the tear that fell before she wiped her eyes with her left hand.

Almost on cue, security was called over to another side of the barricade as a girl was lifted from the crowd, apparently having passed out among the masses. Then another. I could feel the anticipation of the audience and its weight was palpable.

When the lights dimmed, the audience erupted. The music for “Cola” started playing, the shrieks got louder. When Lana took the stage, I was grateful I had invested in a pair of high quality earplugs. It was that loud. The payoff for the fans who had waited patiently for their siren to take the stage were rewarded when Lana made her way past the photo pitt to give out hugs to a lucky few.

Another highlight for her fans was the premier live performance of the first single off of her forthcoming, Dan Auerbach produced, album: “West Coast”. 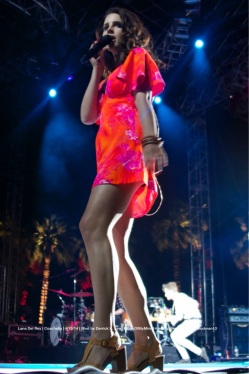 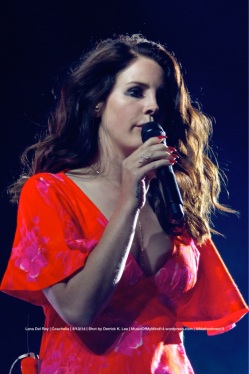 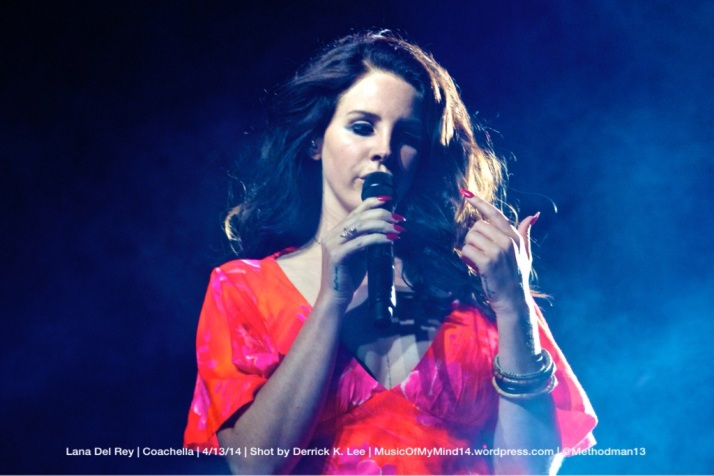 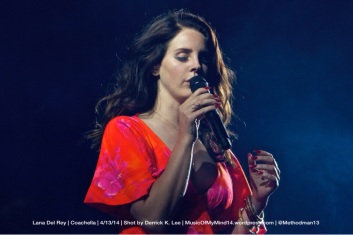 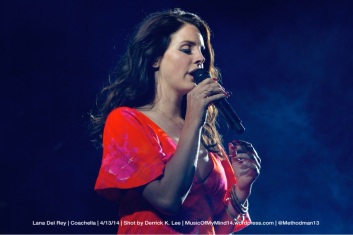 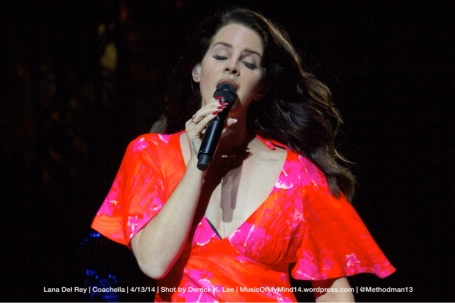 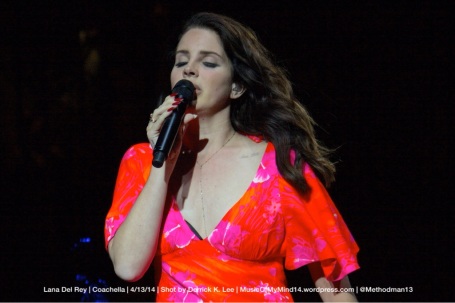 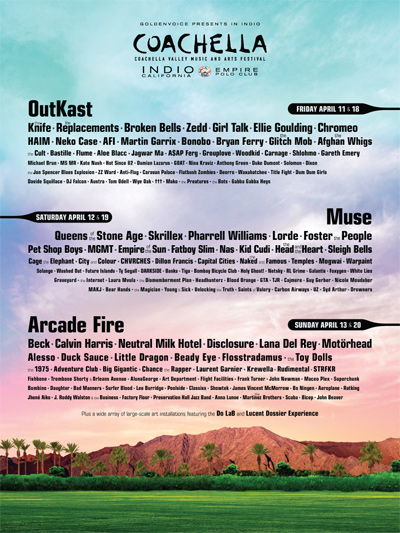 This year, I was lucky enough to get approved for a media/photo pass for the first weekend of Coachella. The photo pass allows me to take pictures from the photo pit of each stage, and being armed with an incredible lens, I’ve taken some pretty amazing pictures so far, and I can’t wait to sift through them all and post what I’ve been able to capture.

There were a few acts that I wish could have snapped pictures for (Muse, Queens of the Stone Age, Beck and Arcade Fire), but being a “newby” in the world of concert photography, I wasn’t selected to by artist management to have the privilege of taking pictures. Hopefully, the pics I post of the bands I saw here will help change their opinion of me for the future.

Each entry will contain a little bulb of my overall thoughts of what I was able to see, with a Instagram video post that I posted (my Instagram account is @Methodman13 … you may as well go there now while you’re waiting for the post to go up) and a photo slideshow.  I hope you enjoy the moments I captured as much as I enjoyed shooting it. Click on the name of the artist you want to check out to see the blog entry I put up.

UPDATE: 5/9/14: It was a long, glorious, music-filled weekend of music. I think I may have ruined all of the future music festivals I attend because there really is nothing like being in the photo pit, even for only the first 3 songs, trying to capture “moments” of musicians practicing their craft and giving the audience all that they have. I will forever be grateful for the opportunity. Thank you, Goldenvoice. Thank you, Snoop. You made this music dweeb very, very happy.