There’s nothing I love doing more on a beautiful summer’s eve than catching a show, any show, at the Hollywood Bowl.

As luck would have it, a dear friend of mine had an extra ticket for her box seat in the terrace for Iron & Wine, The Head and the Heart and Glen Hansard. It would be my first Hollywood Bowl show of 2014, and it couldn’t have been a more sublime soundtrack for a summer’s eve feast under a Super Moon.

Opening the concert was Sam Beam aka “Iron & Wine”. I last saw Iron & Wine perform Halloween at the Orpheum Theatre. For that concert, he was backed by a full band, and played a set that was over two hours long. This time, it was just him and his guitar.

He joked with the audience that he was “dinner entertainment” as everyone in the audience was busy unpacking their picnic baskets to dine. Though the audience may have been a little distracted consuming food, it was hard not be entranced by Sam’s beautiful folk melodies.

In between songs, when audience members up in the privileged pool and orchestra sections began yelling out song titles, he joked with the audience that, “you get one, I get one,” though I’m not sure he really took the suggestions yelled from the audience.

His performance was much more subdued than the performance I saw at the Orpheum, but it worked well to exhibit the nuances of his music, especially the tender, emotional sentiments phrased in his lyrics. So powerful was his music, that by the end of his short set, the rustling of paper bags, plastic dinnerware, and the idle dinner chatter, subsided, as the audience was moved, literally, to silence when he finished his set. You could hear a pin drop. Chills. Wonderful chills.

I first saw The Head and the Heart perform at Coachella a few years back. They caught my attention then, and I had a few songs that I was hoping to hear.

A Seattle based band, The Head and Heart’s folk revival is influenced by Americana, country-rock and pop. Their performance this time around seemed to be much looser and more self-assured from what I remembered at Coachella. They brought an energy to the Bowl that really got the crowd excited.

They expressed their sincere disbelief that they were sharing the Hollywood Bowl stage with Iron & Wine and Glen Hansard, when they closed with my favorite song of theirs “Rivers and Roads”. 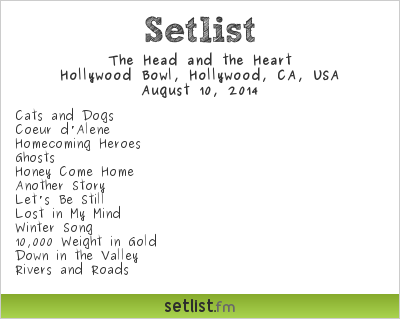 I went to the restroom after The Head and the Heart finished their set, and on my in, I noticed a familiar face pass by me. It was Chris O’ Dowd, the actor who plays the police officer/romantic interest in “Bridesmaids”. Seeing him walk by me, I figured that there were a whole lot of Irish celebrities in the audience.

When Glen Hansard took the stage, he walked to center stage by himself, armed with just his acoustic guitar, and ripped into a phenomenal cover of Van Morrison’s “Astral Weeks.” When I say phenomenal, it’s no exaggeration. I was floored by his intense energy.

The rest of his set was a collection of original songs and covers, demonstrating his ability to take any song and make it his own. A highlight of the evening was when he performed one of the wildly popular tunes from his motion picture “Once”, “When Your Mind’s Made Up”.

I was hoping that Marketa Irglova would have made a special appearance (it IS the Hollywood Bowl, after all), but no luck.

The only criticism of the concert was that it was just too damn short. With the Hollywood Bowl strictly adhering to it’s 10pm curfew, Glen acknowledge to the audience that he had lost track of time, and that he was, unfortunately, out of it, promising that he’d come back and do a proper three hour show.

He closed with a traditional Irish folk song, “The Auld Triangle” and, lo and behold, he called up Chris O’Dowd to sing a verse with him up on stage. Thereafter, Sam Beam and The Head and the Heart each took turns singing verses with Glen to end the concert in a rousing fashion.

Though I wish he would have performed “Falling Slowly” (I have a really personal connection to that tune), and though I wish Glen’s set could have been longer, it was a perfect show for my first concert at the Hollywood Bowl for 2014.

I tried to get photo pass for this concert, but I wasn’t approved. The photos below were taken with my pocket-sized Sony Cybershot G. 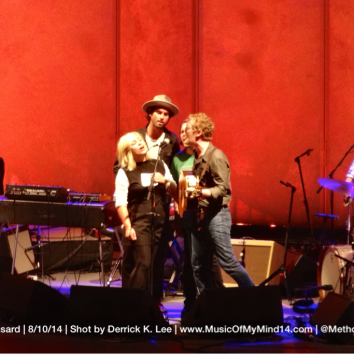 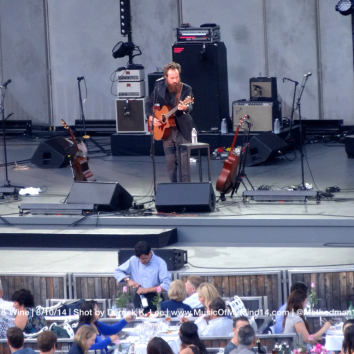 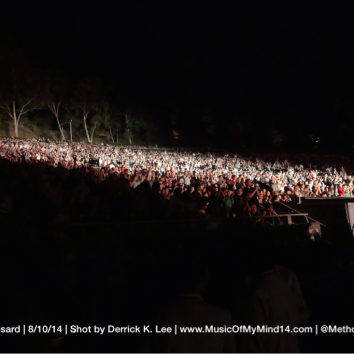 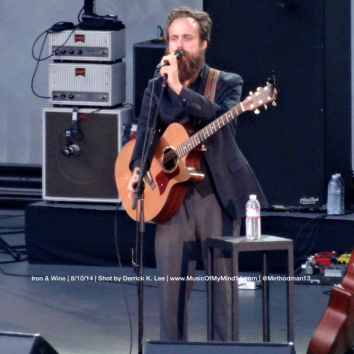 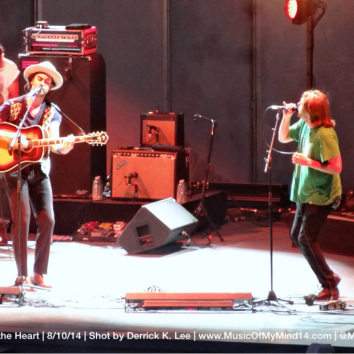